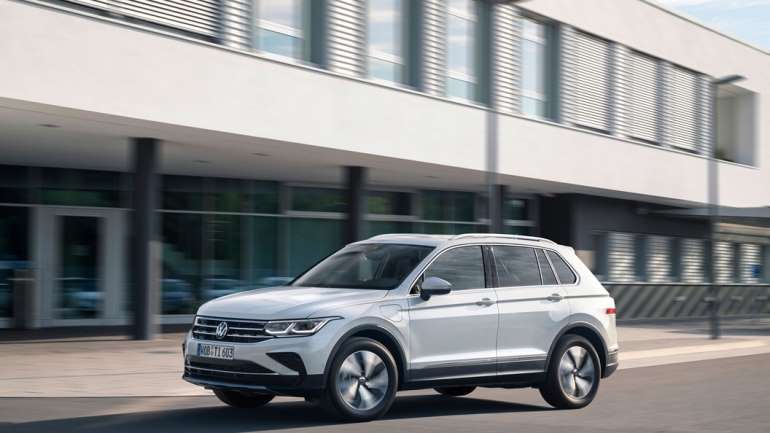 Rather than being a standalone GTE model, the hybrid drivetrain is an engine choice available across the range. That should make cheaper models absolute darlings of company car fleet managers nationwide, though private buyers who fancy reducing their running costs (and have somewhere to park and charge) can benefit too.

The Tiguan eHybrid joined Volkswagen’s range in 2021, but before that the company let us loose behind the wheel of a near-production model. At the time of our drive we hadn’t yet learnt of the car’s WLTP all-electric range of 30 miles from its 10.4kWh battery pack and 180kW motor, nor the starting price of £36,185 for entry-level Life trim.

As well as its new powertrain, the Tiguan eHybrid benefits from the same facelift as the rest of the Tiguan range - read our Volkswagen Tiguan main review for more detailed information on those changes.

What powertrain does the Tiguan eHybrid use?

VW’s fitted the Tiguan with its familiar PHEV mechanicals. That means a smooth and refined 1.4-litre TSI petrol engine (not the more recent 1.5 TSI EVO - the 1.4’s specialised for hybrid duties these days) paired to an electric motor and 13kWh battery pack, joined to the wheels through a six-speed DSG transmission. 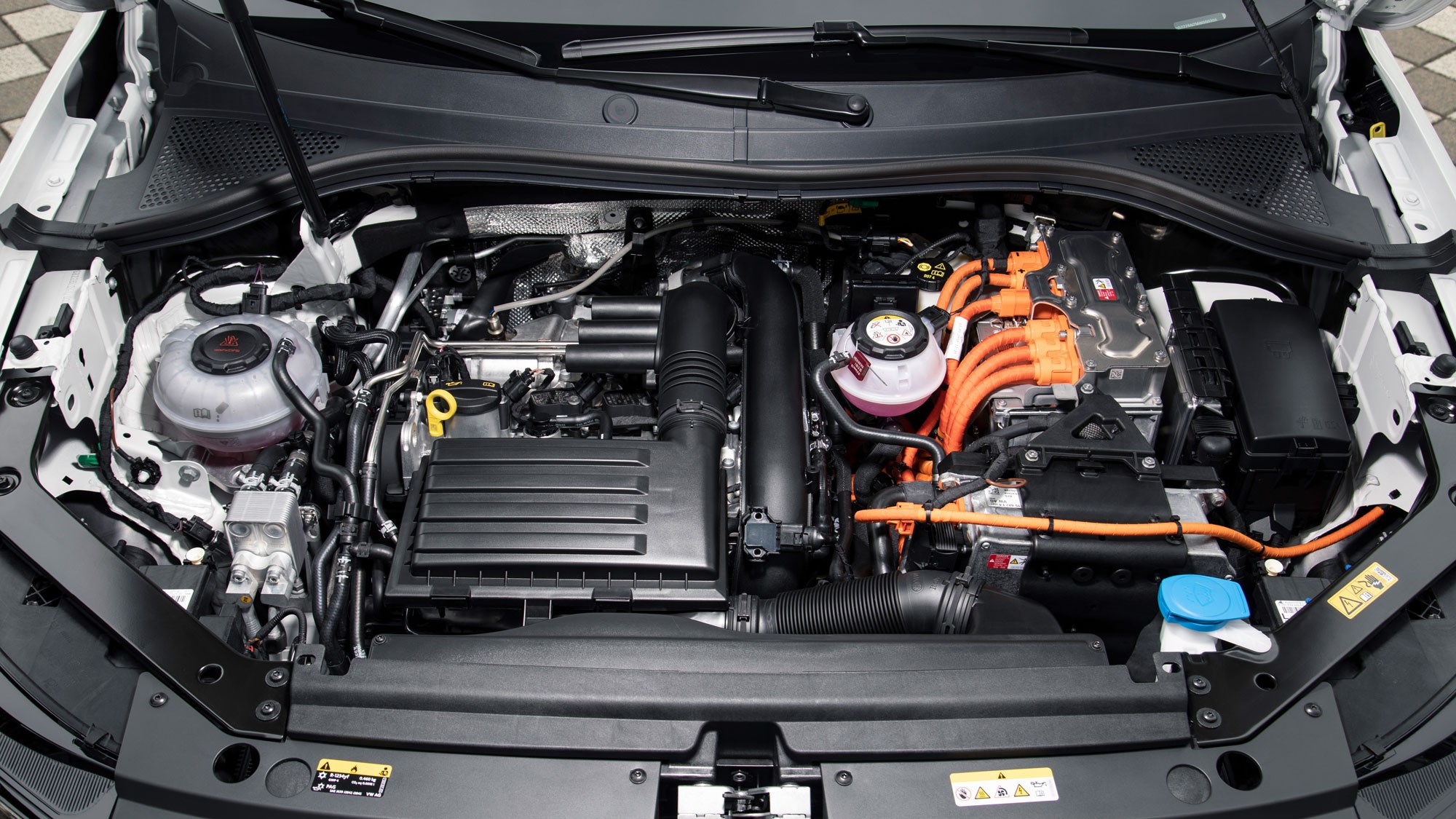 Unlike some rivals, the Tiguan eHybrid is front-wheel drive only, but the battery pack sits under the rear seats to improve weight distribution. The key numbers are the same as you’ll get on its sibling cars - namely, 242bhp and 295lb ft, contributing to a top speed of 127mph and a more-than-rapid-enough 0-62mph figure of 7.5 seconds.

The WLTP figures were logged after our initial drive of the Tiguan eHybrid, and they reveal an electric-only range of up to 30 miles, fuel economy of 176.6mpg and a CO2 output of 38g/km. All of which puts the SUV on par with the plug-in Passat, and means you can anticipate impressively low running costs should you remember to keep the Tiguan eHybrid topped up at the mains as often as you can.

How well does it work?

The mechanicals are as good as you’d ever find in a Golf or Passat - there’s plenty of power, and the electric motor will run the car well above highway speeds if you’ve only a short distance to go.

The best part has been introduced with the upgraded sat-nav, though. In short, set a route and the Tiguan will use map data and speed limits to figure out where it should deploy its electrical power to best use. 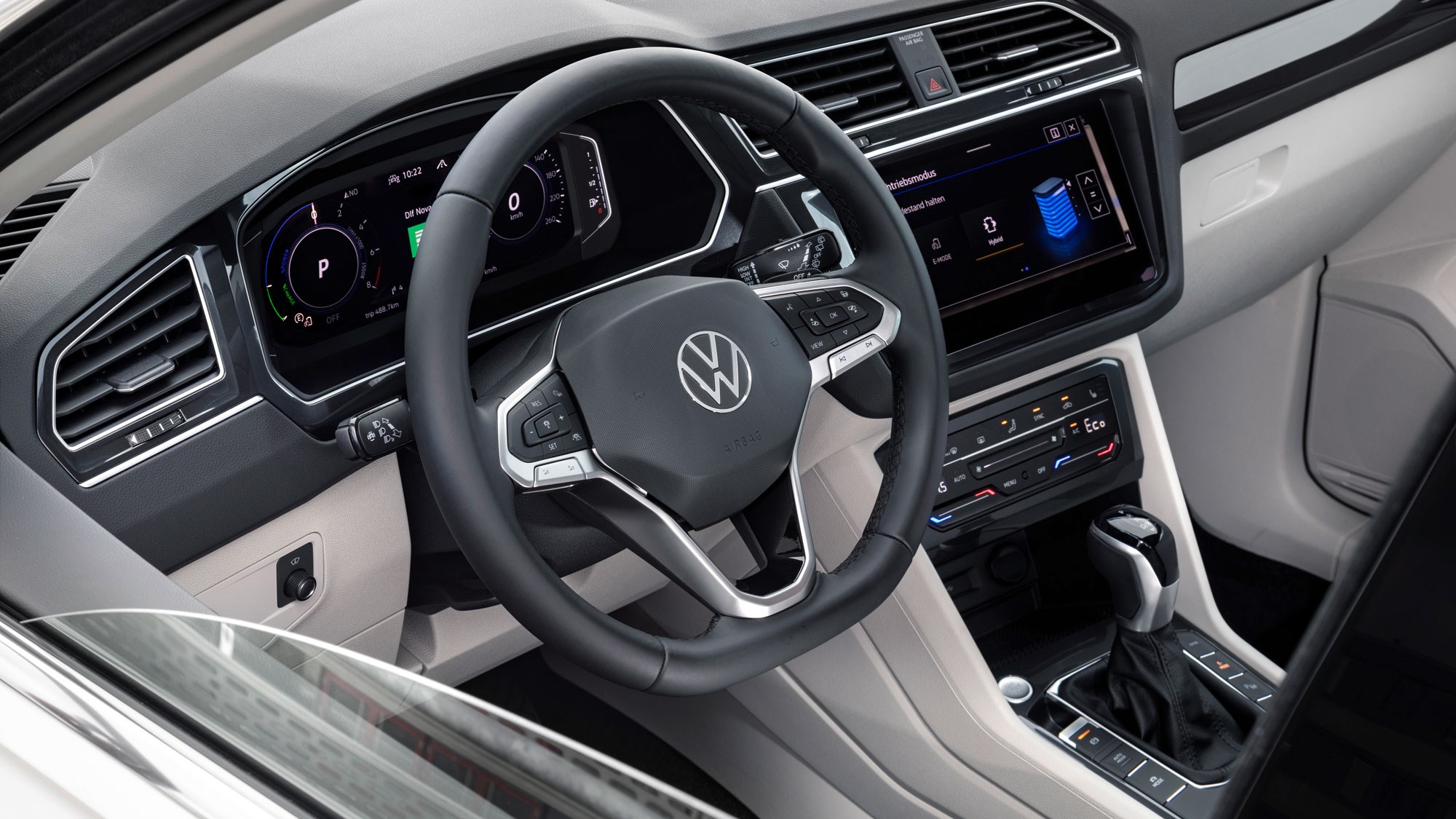 So while a standard plug-in hybrid would use up all 30 miles of its juice straight away and spend the rest of the journey running as a large, heavy petrol car, the Tiguan knows to save electricity for towns and lower speed limits along the length of your route, optimising it so you’ll arrive at your destination with a just-flattened battery.

It’s seamless in operation and works very well - ducking in and out of numerous German villages on our test route saw the engine cutting in and out exactly when it should. And true to form, we arrived at our destination with only a couple of miles of range remaining, and an impressive combined economy figure of 56mpg - higher than we saw from the diesel on a similar route.

One small downside to note is that the fuel tank has shifted rearward to make way for the battery - it’s now under the boot floor and eats a not-inconsiderable 137-litres (or one whole Mazda MX-5) of boot capacity, leaving you with 437 litres total. Not bad, but no longer particularly impressive. Luckily the floor remains flat.

Any good to drive?

As it happens, very. Without the ‘GT’ part of the GTE moniker to live up to, the Tiguan eHybrid is free to be an efficient hybrid SUV with few performance pretensions besides the obvious Sport driving mode.

The end result stands out as one of the more refined SUVs we’ve driven in a long time - it’s quiet, comfortable and very relaxing to be in. There’s enough thrust from the electric motor that you won’t feel short-changed at town speeds, while the petrol engine kicks in quietly and near-seamlessly. 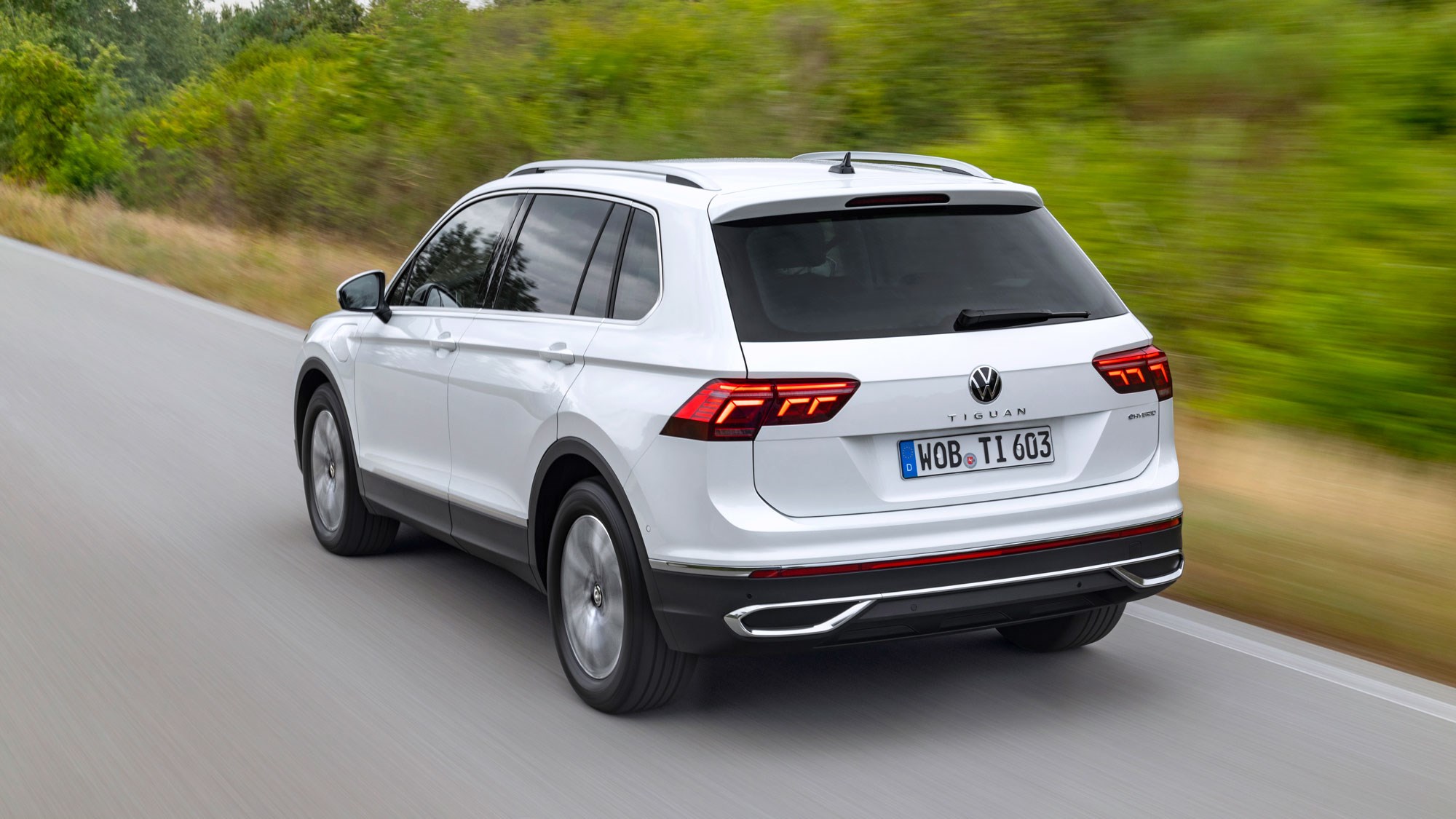 Unlike the naturally-aspirated units you’ll find on most rivals such as the Toyota RAV4 and Kia Niro PHEV, VW’s TSI petrol doesn’t get at all thrashy when it’s called upon to provide thrust - this 1.4 was a wonderful engine on its own, and works brilliantly in this hybrid application too.

The ride is excellent - not quite as settled as the diesel, but it soon hunkers down into a nice loping gait on the motorway and smooths over surface imperfections with ease. As for handling, it’s the usual safe and secure VW affair - though if you make use of all the available power you’ll set the wheel squirming from torque-steer.

Corner like a hero and you’ll notice plenty of body roll and some tyre squealing, too. Drive the Tiguan like… well, a Tiguan, and it won’t see you far wrong. 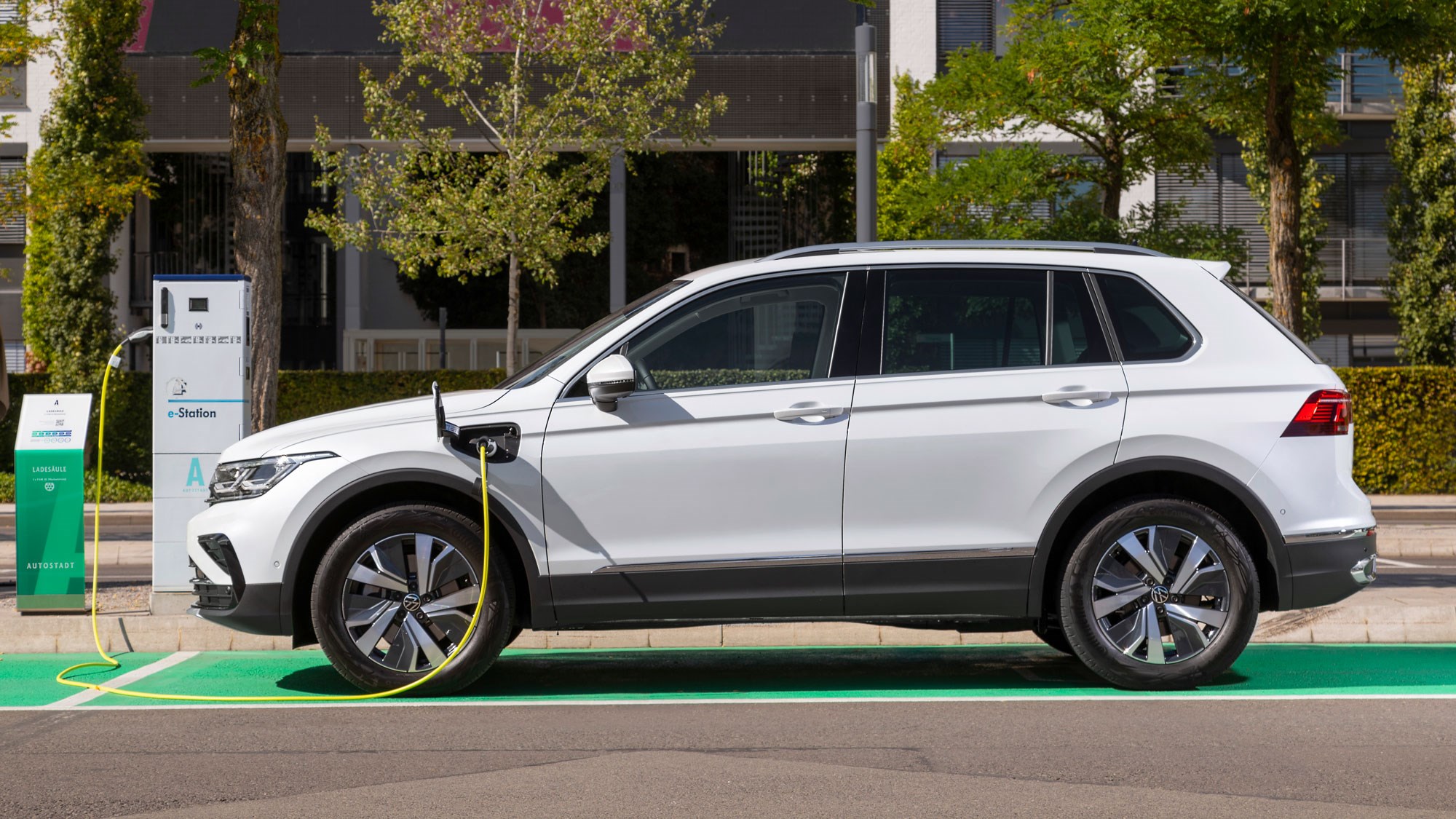 It’s refined, well-built, decent to drive and cleverer than it ought to be. The benefits of the Tiguan’s recent facelift can be felt through well-integrated tech and comfort features, and the inherent VW-ness of the overall package is generally A Good Thing. Some small niggles on the boot space and dynamic front are shared with nearly all this car’s rivals, and can’t be seen as dealbreakers.

Hybrid SUV might be a pair of truly uninspiring words, but they’re important models and they’re here to stay for a while yet. The VW Tiguan eHybrid comes across extremely favourably next to its rivals - in fact, excluding firecrackers like the Porsche Cayenne E-Hybrid, this Tiguan’s probably the PHEV SUV we’d opt for.