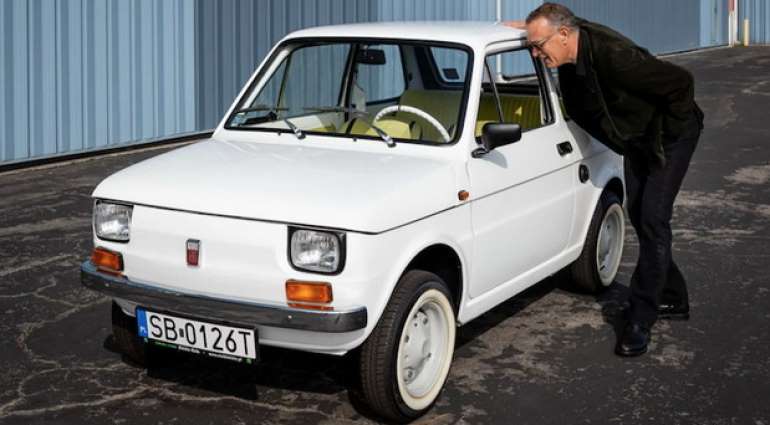 Now far away, in 2016, a bit of a joke, Tom Hanks posted selfies with a Fiat 126p in Budapest, where he was working at the time. That was enough to attract the attention of the resident of Bielsko-Biala and Hanks' fan Monica Jaskolska.

You know for yourself that Peglica is one of the symbols of Poland produced by Polski Fiat, right in the place where the actor's fan lives. When Jaskolska saw Hanks painting with Peglice, she launched a wide-ranging campaign to buy and donate a car to him. Hanks was overjoyed and set aside a large amount of money for the hospital where Jaskolska worked, reminds HAK Magazine.

Hanks is now donating a Fiat 126p to fund the Hidden Heroes charity campaign. The current bid is $ 55,555, which is probably more than anyone paid for the Fiat 126p.

More in this category: « BMW stops making cars in Russia and suspends exports to that country Peugeot 308 named Women's World Car of the Year »