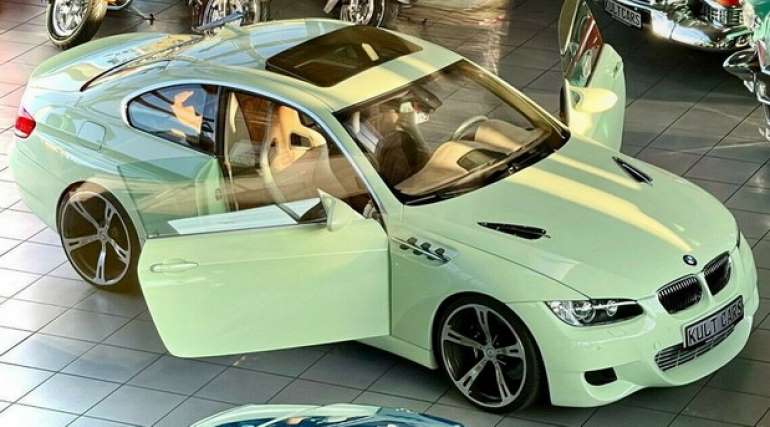 Fans of BMW cars now have the opportunity to own a true piece of history, as Schnitzer’s unique GP3.10 model is offered for sale.

The car was made to be exhibited at the Frankfurt Motor Show in 2007, is based on the 3 Series, and is powered by a 5.0-liter V10 engine that can also use LPG. The engine develops 45HP more than the factory condition, ie a total of 544HP and 540 Nm of torque.

The engine is not the only one on the list of modifications, because the body is painted green and features a body kit that includes air intakes, chrome grilles and extended rear wheel arches by 60 mm, which make the car even more aggressive.

The interior has also been significantly modified and done in three colors, namely brown, white and beige leather. The cluster has also been modified, there are special accessories for pedals, and even the trunk is covered with leather. The car got Aachen wheels and low-profile tires and a number of other modifications, and everything is in exceptional condition.

More in this category: « With the nationalization in Russia, Mercedes could be left without assets worth two billion euros Mercedes EQS SUV coming soon »