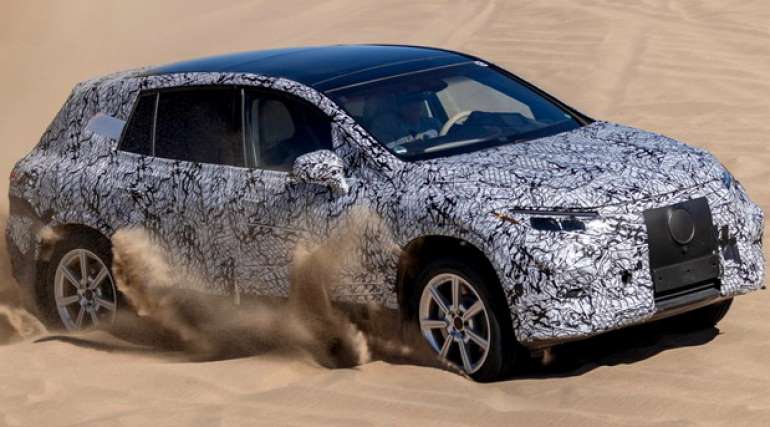 As it was announced at last year's fair in Munich, Mercedes-Benz is accelerating its plans for electrification. During the presentation of the strategy, several CEOs of the German company then outlined these plans, including the validation of several new models.

One of them is this EQS SUV, which according to the latest information will debut on April 19. A set of new teaser images as well as official images of its interior are used as an announcement.

The EQS SUV will be the third electric Mercedes model to be built on the company's new EV platform.

The Mercedes EQS SUV will also feature a distinctive grille, large alloy wheels, a luxurious interior with the highest quality materials, a 1400 mm MBUX Hyperscreen with two rows of seats (third row will be an option) and a state-of-the-art rear passenger entertainment system.

According to some announcements, the EQS SUV will have an autonomy of up to 600 km, depending on the version, according to the WLTP.

In addition, the AMG variant will offer 533 kW / 725hp, and it should be noted that the Mercedes-Maybach EQS SUV, which was confirmed as a vehicle concept last year, will also appear later.