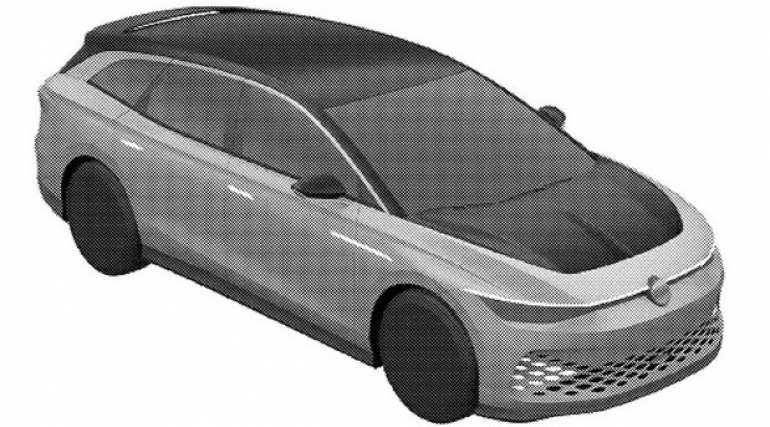 In 2019, Volkswagen presented another electric concept car from its ID series at the Los Angeles Motor Show. Space Vizzion, which in the meantime has been confirmed to receive a serial version.

The latest news says that the serial model is supposed to bear the name ID.7 Tourer, which is a name that Volkswagen protected earlier this month with the European Patent Office.

According to some announcements, production should start in 2024 at the Emden factory, but thanks to these leaked patent images (which appeared last year), we can already see what it will look like.

In addition, there is a 15.6-inch touch screen, digital cockpit, head-up display, as well as seats upholstered in a material called AppleSkin, a new product consisting of renewable raw material.

The serial model will have an autonomy of 590 to 700 km, and the offer will probably include a base version with rear-wheel drive and one electric motor, as well as a more powerful variant with two electric motors and four-wheel drive.