Feb 03, 2021
Last goodbye to an era - Cadillac introduced the Blackwing edition of the CT4 and CT5 models 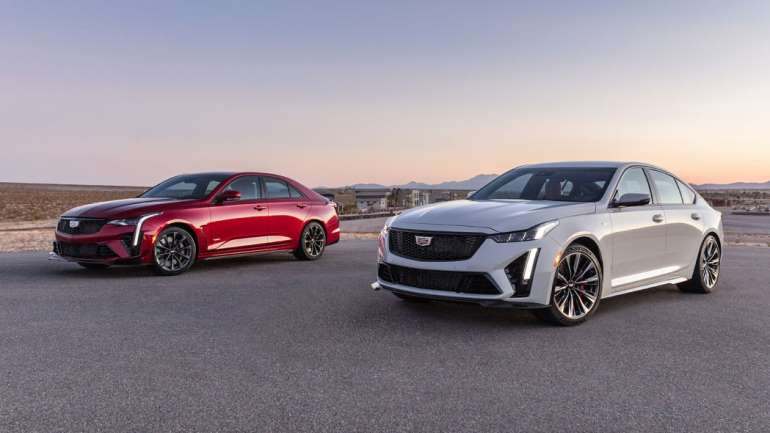 It was summer 2008 when Cadillac appeared with its latest CTS-V sedan on the famous German Nürburgring. With 556 horsepower under the hood, at the end of the day it managed to achieve a time of seven minutes and 59 seconds, which was faster than any serial BMW M5 sedan, Mercedes E63 AMG and Audi RS6 on the planet.

General Motors reminded why Cadillac has long been considered the "world standard" and hinted that it has not forgotten to produce high-performance sedans. Unfortunately, the successes of the sports models from the V family have never been transferred to the rest of the offer, so Cadillac today still lags behind the German competition, as well as Lexus, even in the domestic market. 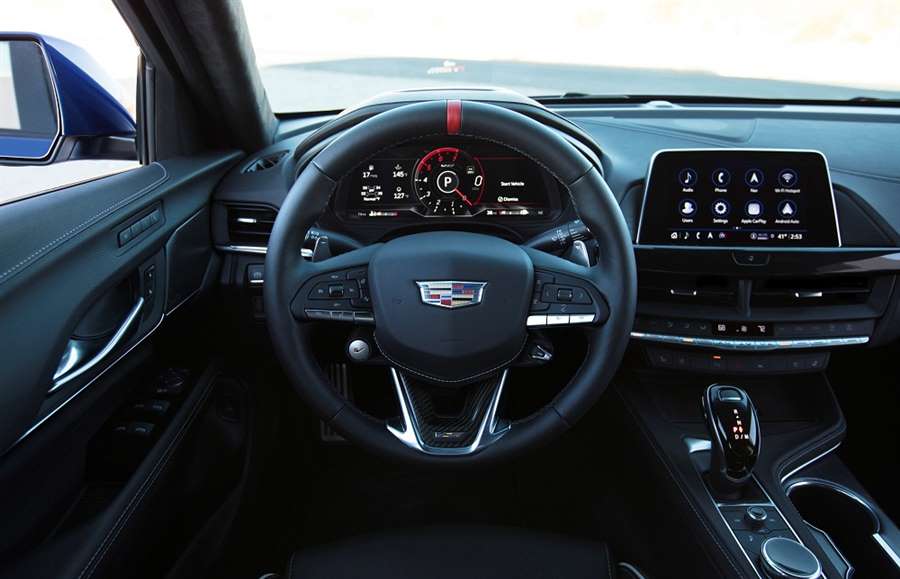 The largest American producer stated a few days ago that its entire offer "across the pond" will be on electricity until 2035. We don't know if Mary Barra really has such plans or maybe she's just "selling the fog" to cash in on her position for a more comfortable pension, but if that's true, we don't have much time left to enjoy high-performance models - at least not. in those using internal combustion engines.

As one last "big goodbye" to the truly fantastic Cadillacs designed by the performance Division V, the company has prepared special editions of the CT4 and CT5 models. But they are not only called "V", as was the case in the past, but Blackwing after the eponymous generation of engines.

The premiere arrived at Daytona’s most famous track where the famous Daytona 24 Hour Endurance Race was run over the weekend. The American team did not manage to win the competition, but they finished in a satisfactory second position after the tire of one of the runners burst, seven minutes before the end. 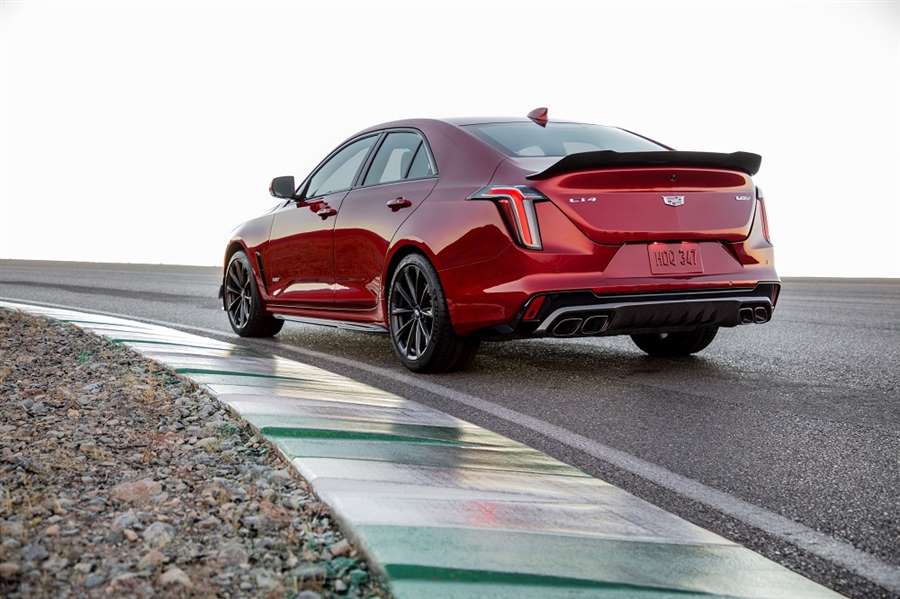 Cadillac told us that these last Cadillacs with SUS engines are high-power, and that in the future they will concentrate only on electric versions.

Let's go in order and let's first pay attention to the smaller CT4-V Blackwing. A replacement for the former much-lauded but poorly-sold ATS model, the CT4 has also not greatly charmed customers. Many will say that the popularity of the crossover is to blame for something like that, and that we can be satisfied that this sedan even exists, but at the end of the day, the ATS and CT4 really do not differ to the extent that Cadillac would like customers to think.

Both cars share an identical 3.6-liter turbo petrol with 472 horsepower and a maximum of 603 Nm of torque. The ATS and CT4 also share a six-speed manual transmission, but the optional ten-speed automatic provides two more gears than was the case before. Cadillac adds that Brembo brakes, 18-inch wheels with Michelin Pilot Sport 4S tires and many aluminum details have also been improved, thanks to which the weight has been reduced by about 30 kilograms. According to the factory data, the acceleration from standstill to 100 km / h occupies a time of 3.8 seconds, while the maximum speed is limited to 304 km / h. 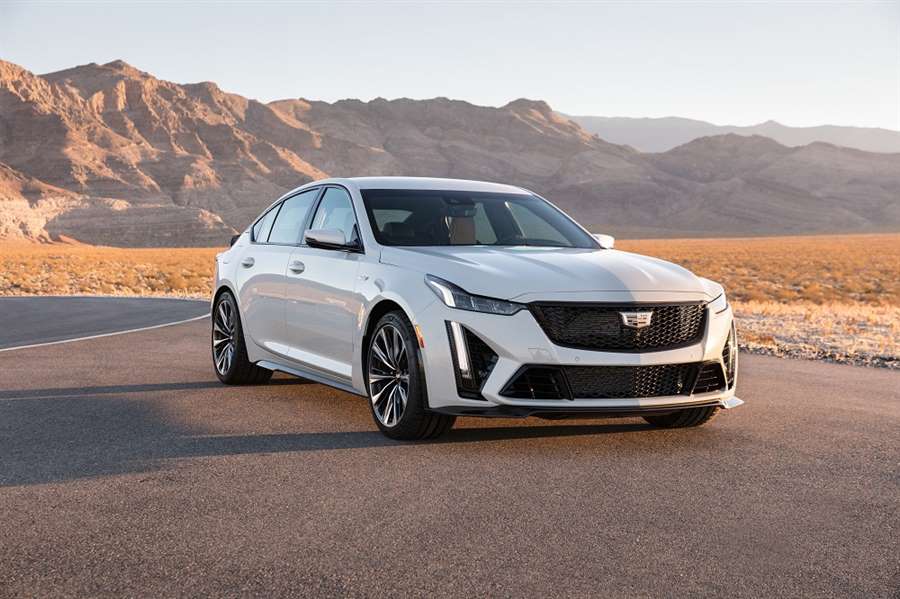 On the design side, the Blackwing does not differ much from the cheaper CT4-V. There are many aerodynamic accessories thanks to which the novelty will be extremely fun to drive on professional tracks, and at least on paper it seems like a sure winner compared to the competition. For example, the Audi RS3 boasts 394 horsepower and acceleration from standstill to 100 km / h in 3.9 seconds, while the Mercedes-AMG CLA45 is eight "horses" weaker and an additional 0.1 seconds slower. However, the CT4 Blackwing costs 59,990 US dollars, which is slightly more than the German competition, and at the end of the day, the rule "as much money as much music" applies.

No matter how impressive CT4 looks, the biggest attention during today in Detroit was drawn by his older brother CT5-V Blackwing. The successor to the legendary CTS, which we mentioned at the beginning of the Prile, now develops as much as 668 horsepower and is the most powerful engine that Cadillac premiered in its 118-year history. 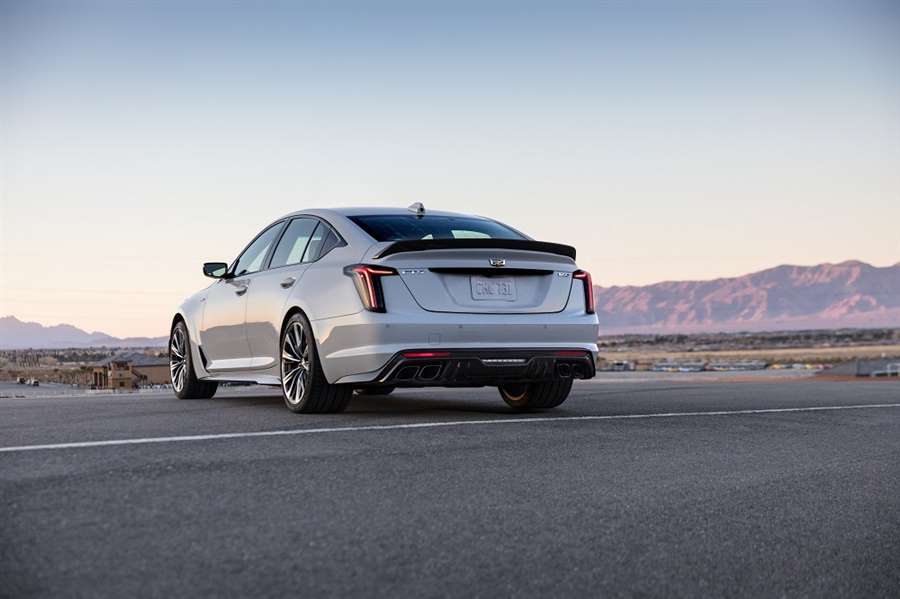 Let's start with the best part, and he is hiding under the hood. There is a new generation of "eights" under the code number LS, and this time the volume is 6.2 liters. Paired with a compressor, this unit not only develops 668 "heads" but also a maximum of 893 Nm of torque. It is also the fastest Cadillac to ever get off the production line with acceleration from zero to 100 km / h in 3.7 seconds and a top speed of around 200 mph (320 km / h).

What is even more impressive is the fact that General Motors has found a way to provide a manual transmission that would withstand such torque, and in this case it has six gears. However, Cadillac notes that if owners want to get the aforementioned performance, they will have to choose a ten-speed automatic transmission, as the manual one will be slightly slower.

Similar to the smaller CT4-V, this Blackwing also brings 19-inch wheels, Brembo brakes, sports tires and a number of suspension modifications. American cars have a reputation for being fast only in direction, but the CT5-V could break the record at the Nurburgring, which is in force among four-door production sedans. 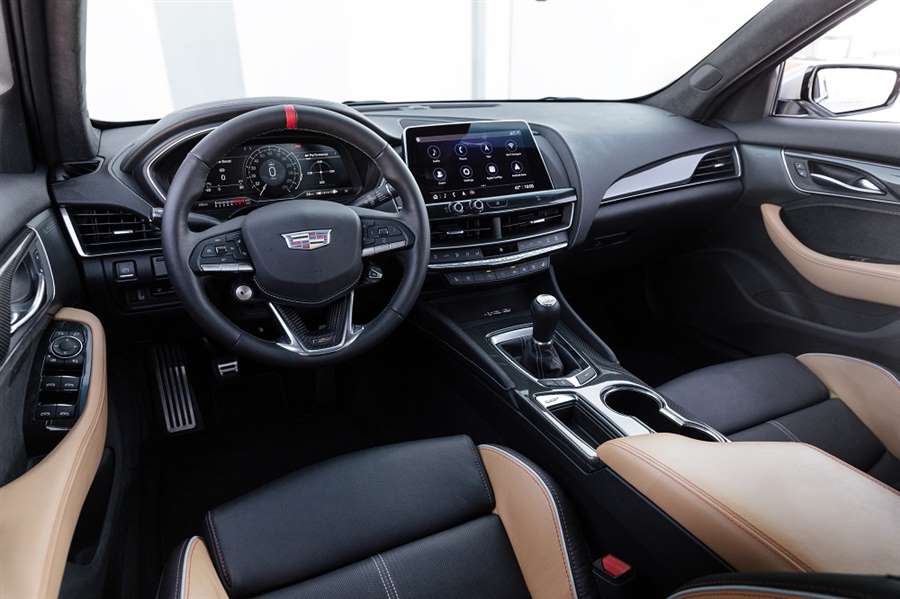 Also, we must mention that the Cadillac did not overdo it with the design changes, and this Blackwing looks like what the Americans call a "sleeper", that is, a "sleepy" car. This term is used for four-wheelers where attention is paid to mechanics, while in style they look like any other car on the track or on the road, whatever.

With the exception of the rims, four exhaust manifolds and a few badges, the Blackwing won’t set it apart too much from any other CT5 model. The starting price of 84,990 smallest greenbacks is over 20,000 "greenbacks" more modest than the one demanded by German competition such as the BMW M5 and the Mercedes-AMG E63.

Needless to say, BMW and Mercedes are significantly faster on the road as the Cadillac’s mass of over two tons is by no means in its favor.

At the end of the day, let’s enjoy the end of an era that we will all surely miss one day. The future electric Cadillacs will certainly be more powerful and faster, but we will, one hundred percent know, miss the smell of gasoline and the thunder of V8 engines…

Tagged under
More in this category: « Sales of refreshed Mazda CX-5 started in Europe What is the actual fuel consumption at maximum speeds? »