Feb 22, 2021
What is the difference between a manual and an automatic transmission 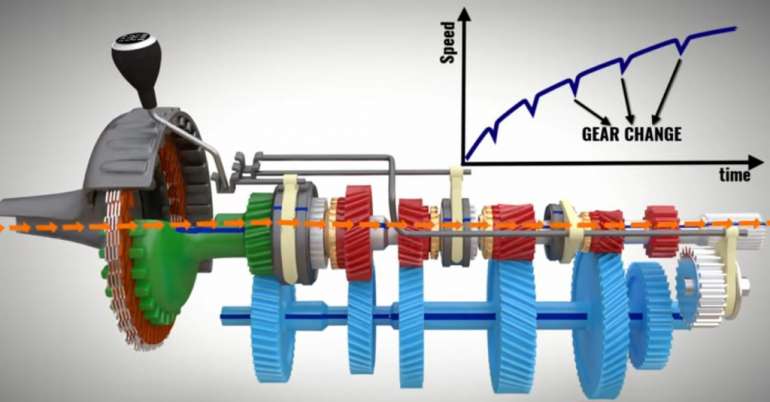 The main question that arises is why is a gearbox needed at all? Primarily due to the increase in engine efficiency. If the engine transmitted its power directly to the wheels of the vehicle, its efficiency would be significantly lower. Interesting information is how the engine crankshaft, in some cases, turns as many as four times during a time in which the wheel turns only once. Accordingly, at a speed of 140 km / h and 5,500 engine revolutions, the average size wheel turns only 1300 times.

The automatic transmission consists of the so-called. planetarium (gear). Planetary gears revolve around a "solar" gear, and are located on their carrier, which in practice is located on the axis of the aforementioned sun. Gears depend on stopped gears that can stop the brakes or engage the clutches back (the whole story is simplified). As a rule, the gearshift is done automatically by means of a centrifugal regulator which directs the oil in the gearbox, and it can also be done manually by means of the gear lever.

On the other hand, the manual transmission, which the vast majority of drivers are accustomed to, works on a completely different principle. As a rule, it consists of gears that rotate at a constant speed and gears of different sizes (do not rotate at a constant speed), which give different gear ratios. The gear ratio is defined by the gear ratio and depends on the type of car. For example, in some cars, depending on the gear, it can be 2.8: 1, 1.8: 1, 1: 1, etc.

For all who want to know more about the difference and the principle of operation of automatic or manual transmission, below is a video.

Tagged under
More in this category: « Ford is building a new electric car on Volkswagen's platforms Hyundai IONIQ 5 - World Premiere »