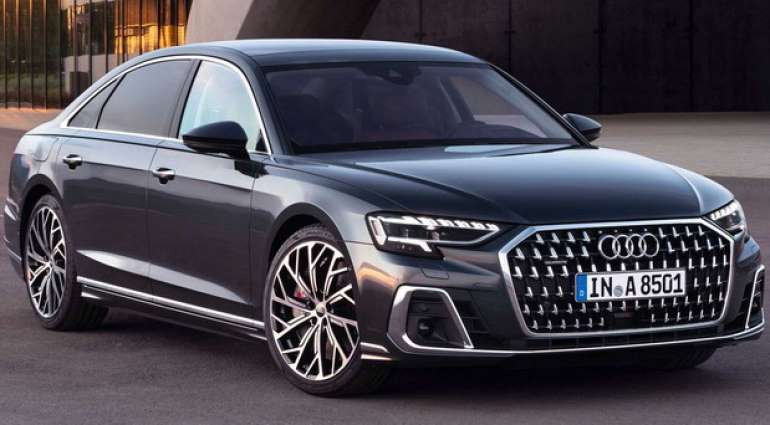 At Audi, they have made sure that the adequately refreshed fourth generation of their flagship, which hides behind the A8 / S8 label, remains among the most desirable high-class cars.

In line with trend and demand, Ingolstadt has more and more SUVs on offer, but they are not giving up on their sedans, which have been led by the luxury model behind the A8 for years and has reached the fourth generation presented in the edition after the refreshment treatment. .

The redesigned Audi A8 exterior features an even larger and wider one-piece radiator grille with even more chrome, and there are slightly different bumper openings and new light housings equipped with state-of-the-art matrix technology. The graphics in the housings of the rear digital OLED lights are also new, and the A8 is now offered for the first time in combination with the body elements that are characteristic of the S Line equipment package. The news is rounded off by nine new body colors.

Minor changes to the cabin that bring top-of-the-line materials include the latest edition of Audi's digital instrument panel (Audi Virtual Cockpit) with an optional head-up display, and two rear passenger displays on the center console. seats that in the version with even greater wheelbase (A8 L) can count on extra space in front of the legs.

The redesigned A8 is powered by the famous three-liter and 4.0-liter turbo gasoline engines with six and eight cylinders, aided by mild and plug-in hybrid technology, which offer from 340 to 460 hp, and the three-liter turbodiesel V6 engine with 286 hp also remains on offer. An 8-speed automatic transmission is in charge of transmitting power to both axles (quattro) in all versions.

In parallel with the standard model, the most powerful version behind the S8 label has been similarly refreshed, and it is powered by a 4.0-liter V8 biturbo engine that develops 571HP.

Sales of the redesigned "Osmica" will start next month, with 99,500 euros set aside for the base model in Germany and 144,800 euros for the super-fast S8, which reaches "hundred" in 3.8 seconds.