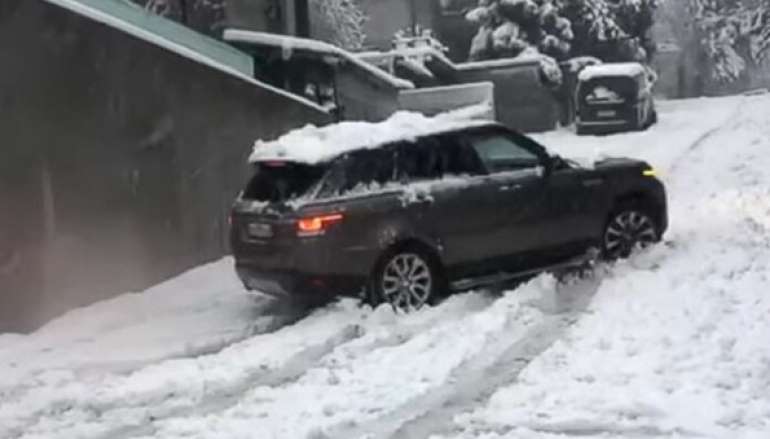 This Range Rover could not cope with the snow-covered street. As can be seen from the video, the car used highly valued Michelin Alpin (winter) tires.

The attached video shows that the driver was trying to accelerate in order to manage to overcome the street hill. The attempt did not end well.

The British SUV has all-wheel drive and a number of support systems that should help with such challenges. Some will say that the driver failed, but that is not entirely true.

People familiar with off-road driving would probably find a way to cross this section without major problems, but the buyer of such a car will probably not train on the muddy sections of the off-road rally. That is why he buys a modern and expensive model in order to safely and quickly overcome obstacles on the road, regardless of the weather conditions. So, it should be taken into account that the Range Rover Sport simply will not cope with the challenge. It is possible that there was already a layer of ice under the snow, which made it impossible to successfully overcome the hills. In addition, this model weighs 2 to 2.5 tons, which also contributed to this result. Lighter 4 × 4 cars would have a better chance.

Tagged under
More in this category: « Published prices for Renault Megane E-Tech Electric in France Audi before entering Formula 1 »