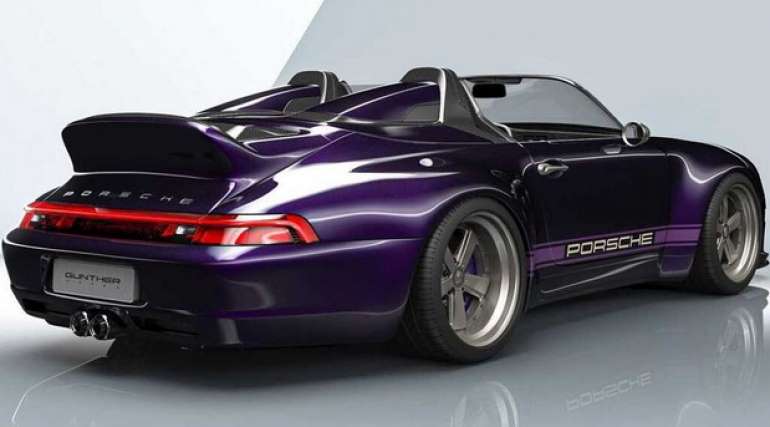 The American company Gunther Werks will delight 25 well-to-do customers, as it will soon deliver their outstanding restomod creation inspired by the extremely rare Porsche 911 Speedster from the 993 Series, which was made in only two copies.

The treat from GW is inspired by the original 993 Speedster model, which Porsche once made in only two copies (one for Ferdinand Alexander Porsche, the other for comedian Jerry Seinfeld) and thus made it one of its most desirable models.

For 25 well-to-do customers who didn't get a chance to drive home the original 993 Speedster Gunther Werks has prepared an extraordinary replacement that was created on the restored and modified Porsche 993, and the published photos show what the first ordered speedometer ordered. body color.

Except for the door, all body panels are made of carbon fiber, which greatly helped the weight of the two-seater to be only 1,175 kilograms, and with modifications under the hood came the 4.0-liter 6-cylinder boxer engine developing 440HP and 455Nm of torque. As a reminder, the most powerful production Porsche 911 (993) wore the GT2 accessory and developed 450HP.

Standard support has been replaced by adaptive support with three work programs hidden behind reinforced 18-inch alloy wheels in the distinctive Fuchs style.