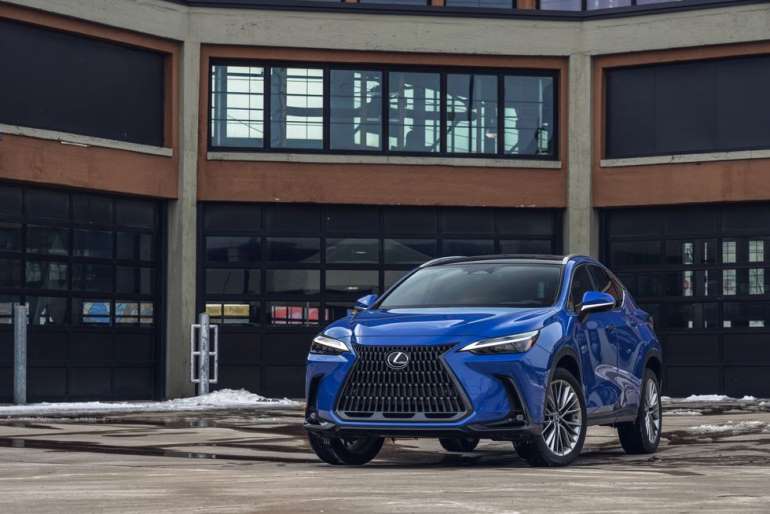 As a traditional-style hybrid, this compact luxury SUV is less expensive than a plug-in but also less desirable.

Although hybrids are proliferating in the compact luxury SUV space, the 2022 Lexus NX350h is in a class of its own. Whereas those other compact luxury SUVs, including the range-topping Lexus NX450h+, are plug-ins (or PHEVs), the NX350h is a traditional-style hybrid.

Compared to a PHEV, the NX350h's much smaller, lithium-ion battery pack has only enough energy to power the SUV short distances on electricity alone, whereas its plug-in peers are all capable of traveling more than 20 miles on battery power. The old-school NX350h still delivers impressive fuel economy, though, and its more basic powertrain also keeps costs down, allowing the $42,700 gasoline-electric Lexus to take the title of most affordable hybrid in its segment. 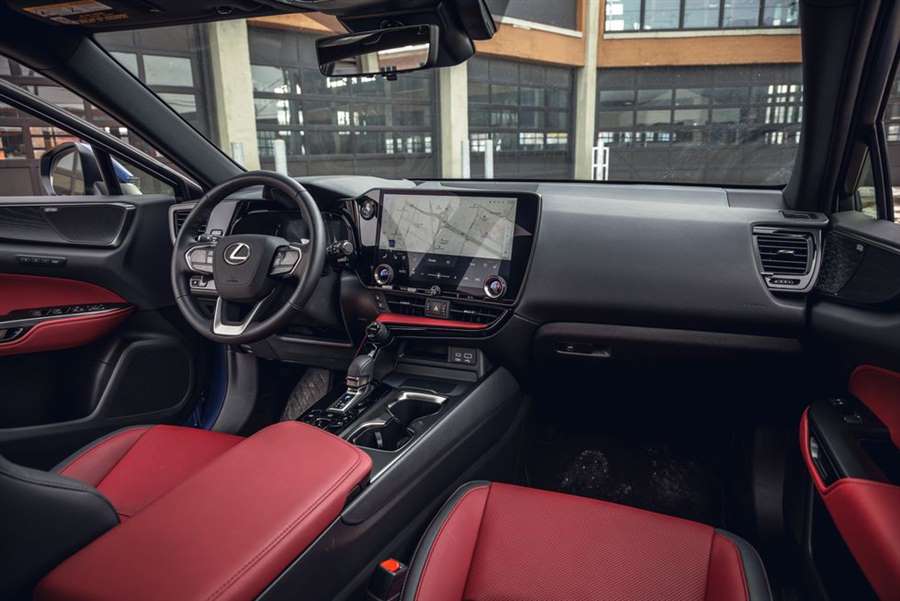 The Price You Pay

That said, going heavy on the options can quickly cut into the cost-effectiveness of the NX350h, with our Nori Green Pearl test vehicle wearing $13,630 in options. The priciest was the $7450 Luxury package, which added heated and ventilated front seats, a power-adjustable steering column, ambient interior lighting, a 10.0-inch head-up display, and a massive 14.0-inch infotainment screen with in-dash navigation in place of the standard 9.8-inch display.

While both infotainment options feature physical knobs for adjusting the temperature of the dual-zone automatic climate-control system and the audio volume, neither includes a physical control for audio tuning or a dedicated homepage, the lack of which makes navigating through the system's menus an unnerving experience. As Steve Krug writes in his book Don't Make Me Think, a homepage is like "a North Star," providing a comparatively "fixed place" to return to in a digital environment that otherwise requires users to remember where they are in the setup's "conceptual hierarchy [to] retrace [their] steps."

Though it vastly improves upon the maddening touchpad interface of the outgoing model, the latest NX's touchscreen system is not without its flaws. This sentiment also applies to the NX350h's powertrain.

The all-wheel-drive NX350h packs an additional 45 horses compared to its predecessor, extracting a total of 239 horsepower from its 2.5-liter four-cylinder engine and trio of electric motors. (There are two up front—one of which connects to a planetary gearset to mete out the combustion engine's power in a manner that mimics a belt-driven continuously variable automatic transmission—and one mounted at the rear axle.) Factor in a curb weight of 4062 pounds, 151 fewer pounds than the last NX300h we tested, and it's little surprise the 2022 NX hybrid is also a good deal quicker.

Use all of that performance, however, and the NX350h lets more of the four-cylinder engine's grating grumble enter the cabin. The 75 decibels we recorded under flat-foot acceleration exceeded both that of the NX300h and the Toyota Corolla Hybrid by 1 decibel. 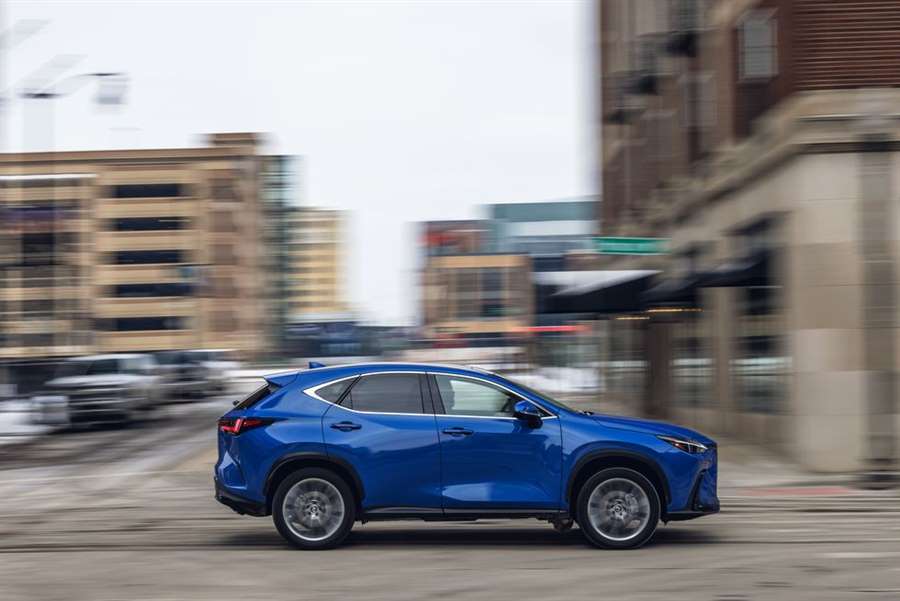 Avoid pinning the accelerator, though, and the interior of the NX350h is appropriately tranquil. Soft springs make for a cushy ride that further contributes to the sense of repose. That softness comes at the expense of body control, as the NX350h wallows through turns and nosedives under braking. Although innocuous enough in day-to-day driving, these motions underscore the fact the NX350h favors a comfortable ride over engaging responses. The nose-heavy Lexus understeers at the limit, and the optional 20-inch Bridgestone Alenza A/S 02 run-flat tires squealed shrilly as the NX350h circled our skidpad at 0.79 g—0.02 g less than its two NX siblings and its NX300h forebear.

Stomp on the left pedal at 70 mph, and the SUV comes to a halt in a class-competitive 180 feet. In non-emergency braking, though, it was difficult to smoothly bring the NX350h to a stop. Blame the pedal's unpredictable action as it switches from regenerative to mechanical braking—particularly in low-speed stops, such as at neighborhood stop signs. Instead of a seamless handoff between its two braking systems, the NX350h suddenly slows at a far greater rate once the mechanical binders take over stopping duties from the electric motors' regenerative function. That awkward modulation is a surprising misstep given that Toyota has been developing and producing hybrids for nearly a quarter of a century.

What the NX350h lacks in grace, it makes up for by way of its low cost of entry. Only devoted plugger-inners whose daily commute is less than the plug-in's range will find a cost savings. Otherwise it will be decades before the additional $14,600 outlay for the 450+ is recouped. On our 75-mph highway fuel-economy test, the NX350h returned 34 mpg, missing the EPA's estimate by 3 mpg.

LOWS: Four-cylinder engine gets shouty at higher revs, not a sporting bone in its unibody, clumsy handoff from regenerative to mechanical braking.
Even the segment's most affordable PHEV, the Lincoln Corsair Grand Touring, is more expensive by $10,305. This does not mean consumers have no reason to choose vehicles such as the Corsair Grand Touring and NX450h+, the latter of which includes a number of dynamic enhancements over the NX350h.

However, it does mean the NX350h, as the least expensive hybrid in its segment, better meets the needs of buyers looking to purchase a hybrid compact luxury SUV as a matter of financial prudence. It may be unexciting and—in some areas—unpolished, but the 2022 Lexus NX350h is arguably a more sensible hybrid option than better-performing PHEVs.