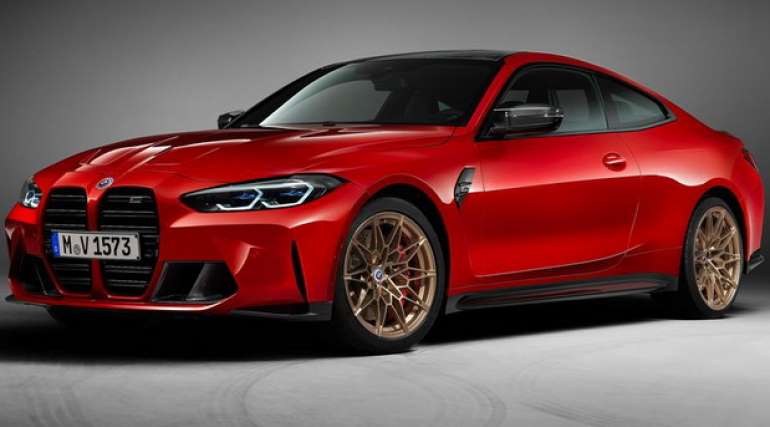 As part of spectacular events that represent sensational innovations of new models and together with its world community, BMW M GmbH is celebrating the first five decades of its existence these weeks and months.

On May 24, 1972, a partnership agreement was signed for BMW Motorsport GmbH. Exactly 50 years later, the company now known as BMW M GmbH presents an exclusive collection of models as the culmination of the current anniversary.

With the BMW M 50 Jahre edition of the BMW M3 Sedan and the BMW M4 Coupe, M enthusiasts around the world can express both their passion for racing and their awareness of tradition. Limited editions, exclusive design features and individually selected equipment options ensure that each vehicle edition can become a unique car that reflects the personal style of its owner.

The BMW M 50 Jahre edition is based on the current generation of the most successful model series in the history of BMW M GmbH. Worldwide, the BMW M3 and BMW M4 designations are synonymous with high performance in the premium mid-range segment. The models are powered by an in-line six-cylinder engine with up to 375 kW / 510 hp, M TwinPower Turbo technology and high-speed characteristics.

Depending on the model variant, its power is transmitted to the rear wheels via a 6-speed manual transmission or an 8-speed M Steptronic transmission with Drivelogic, or is completely variablely distributed to all four wheels using M xDrive technology.

The exclusive character of the special editions is the result of a market-specific configuration with unique design features and a strictly limited number of units in each case. In this way, fascinating rarities are created for the most important automotive markets around the world. For the exterior color of the vehicle, colors that define the style from the history of BMW M GmbH are reissued. They are complemented by M-wheels in a similar exclusive color scheme and striking accents in the interior.

In addition, a limited number of BMW M4 Coupe vehicles are also produced for the Chinese car market and are available in Fire Orange and Stratus Gray exterior colors. This choice of colors refers to the fact that the anniversary of BMW M GmbH is celebrated in China in the Year of the Tiger. The M wheels on these vehicles are matte Orbit Gray combined with Fire Orange body paint and matte Gold Bronze combined with Stratus Gray exterior paint.

Inside all editions of vehicles based on the BMW M4 Coupe, door sills with the inscription "Edition 50 Jahre BMW M", metal plate on the center console with the inscription "M4 Edition 50 Jahre BMW M" and the corresponding print on the headrests of standard M sports seats and optional M carbon seats for driver and front passenger, signal the anniversary.

In the occasion of the 50th anniversary of the M division, BMW only offered customers from the USA and Canada a special M3 Edition 50 Jahre BMW M.

Limited to only 500 copies, this special edition is based on the BMW M3 Competition xDrive, and its features are the special colors in which it will be offered. Celebrating the history of the brand, the colors were taken from the M3 of all previous generations.

The model will be offered in Cinnabar Red, which is part of the E30 M3; in Techno Violet to evoke the E36 M3; in Deep Interlagos Blue, which is borrowed from the E46 M3; in Fire Orange III used on the limited edition Lime Rock Park Edition of the E92 M3; and, finally, in Limerock Gray, as a reference to the F80 M3 CS.

In addition to the choice of colors, the M3 Edition 50 Jahre BMW M comes with Style 826M wheels in a sleek matte Orbit Gray color not available on the standard M3. They fit with brakes available with red, blue or black calipers or M carbon-ceramic brakes that come with gold calipers.

As a token of attention to its predecessors, the special edition boasts the classic BMW M Motorsport logo on the hood, boot and center wheel covers instead of the usual BMW logos. The logo consists of arranged semicircles in blue, navy blue and worm

one color, reminiscent of the BMW M GmbH logo, first used on racing cars in 1973.

The owners will be greeted by the inscription "Edition 50 Jahre BMW M" on the door sills, which is repeated on the aluminum plate on the lid of the cup holder. This tile also has a serial number, which indicates that 1/500 was made.

Standard M Sport seats are available, although black Merino leather M Carbon seats are also available, which is a unique option for this model. No matter which seat you choose, the seams will also be exclusive to this model, with three colors of the M logo.

The model will also get BMW’s new curved screen, as well as the eighth generation BMW iDrive. This includes a combination of a 12.3-inch instrument panel and a 14.9-inch infotainment screen.