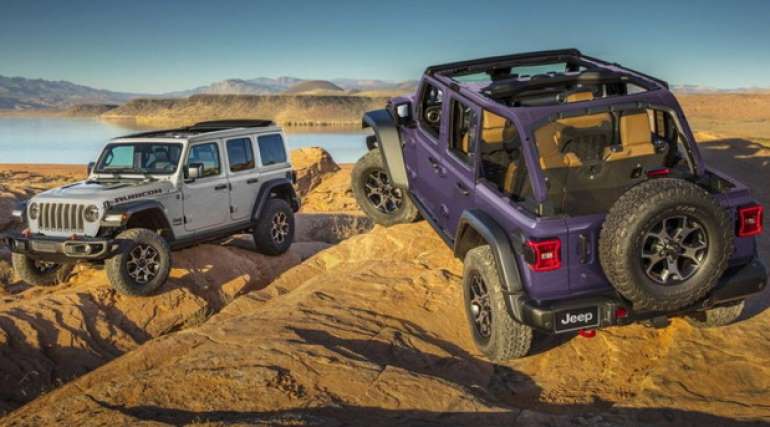 Facing stiff competition from the Ford Bronco, Jeep has made a number of minor updates to the Wrangler for the 2023 model year.

Some of those updates will include two new exterior colors, called "Earl" and "Reign." The first of these is a simple shade of gray with aquamarine details that will replace "Snazzberry" (dark red), which was offered with the latest generation Wrangler.

The most significant change in the Wrangler's redesign, however, is the launch of the new "Freedom" edition, which was first introduced earlier this month. The Freedom Edition costs an additional 3,325 euros and includes a steel front bumper with winch, black rims, body-colored bumpers, LED headlights and LED fog lights. The Wrangler Freedom also gets American flags on the front fenders and an "Oscar Mike" badge on the tailgate, according to Jutarnji.hr.

In addition to new colors and the Freedom Edition, the updates for 2023 round out the new standard and optional 17-inch wheel designs for the Wrangler Rubicon and the availability of American flag decals on the front bumpers for all models.

All the same powertrain options carry over to the 2023 model year. These include a standard 3.6-liter naturally aspirated Pentastar V6 with around 290 hp and 353 Nm of torque, a mild hybrid version of the same engine, a 2.0-liter four-cylinder with 270 hp and 400 Nm, a 2.0-liter four-cylinder plug-in hybrid with a turbo and two electric motors, and a 3.0-liter V6 EcoDiesel that produces 260 hp and 600 Nm of torque.