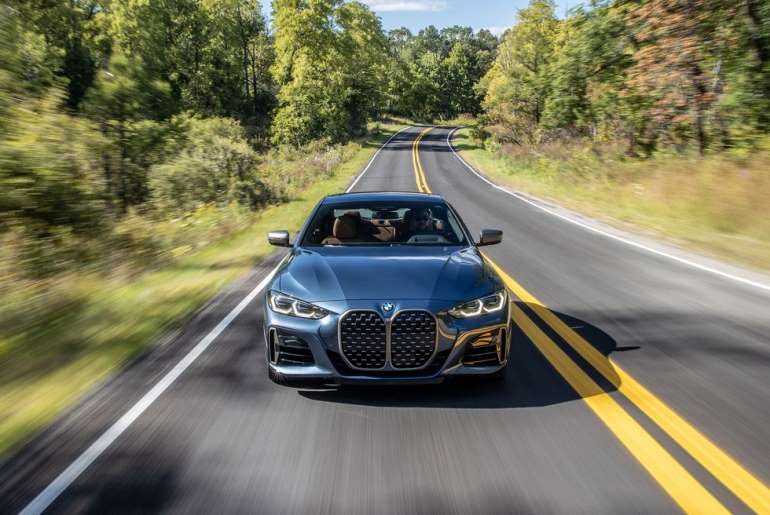 The M440i xDrive's spectacular inline-six can't quite make up for the rest of the car.

Traditionalists will say the new 4-series maintains only a passing resemblance to a BMW, like an unlicensed rendering in a video game. They'll also note the attention-snaring vertically oriented grille. But what's most disappointing is that it's not as good to drive as we'd expect a sporty BMW coupe to be.

The 4's redesign catches it up to the current G20-generation 3-series. Although the two cars share a 112.2-inch wheelbase, the coupe is an inch or two longer, wider, and lower and has a wider rear track. That growth brings a larger rear seat that's tolerable for average-size adults. In profile, the 4 looks almost like a scaled-down 8-series, yet unlike the 8, it doesn't look quite so much like a Ford Mustang. 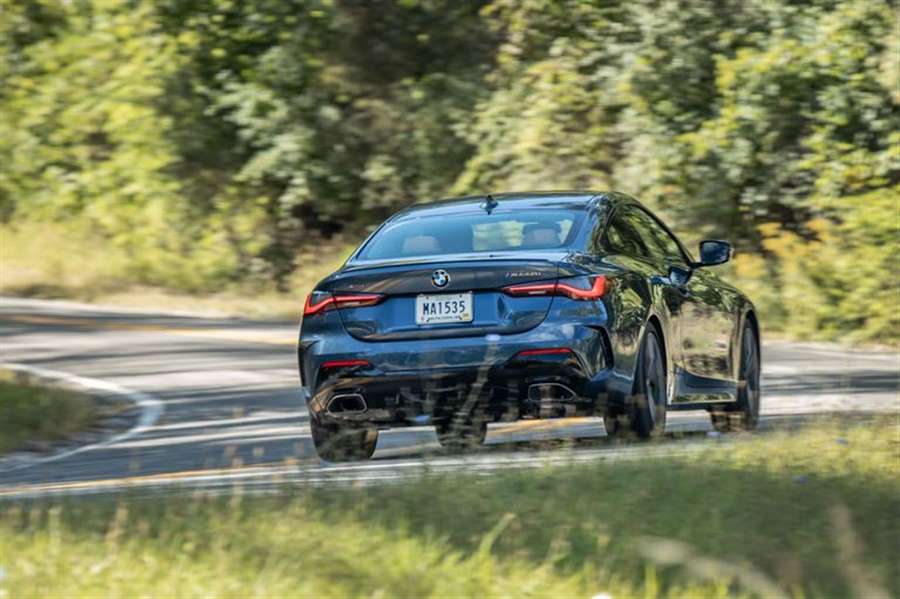 The update adds to the 4's curb weight. It's now basically a two-ton car in the top M440i xDrive trim, with our test car placing a substantial 53.8 percent of that mass on its front wheels. Even with 19-inch Michelin Pilot Sport 4S summer tires (18s with all-seasons are standard), it managed only 0.91 g of skidpad grip, and understeer dominates. We've recorded more stick from the newest 3-series and even some family sedans, although our car did stop from 70 mph in a short 149 feet.

The M440i's variable-ratio steering is short on tactility and has an almost rubbery buildup of force as you turn off-center. The rack's rather quick ratio only amplifies its artificial feel. Factor in the compliant ride from the adaptive dampers and the 4 has veered into grand-touring territory. It'll still happily hustle down a challenging road, but the experience isn't as satisfying as it used to be.

The M440i xDrive is still quick—3.8 seconds to 60 mph—thanks to the 382 horsepower from BMW's awesome turbo 3.0-liter inline-six. A new 48-volt motor-generator adds some pounds yet contributes up to 11 horses to assist the engine before the turbo wakes up. Lag is nicely mitigated as proven by the fleet 4.6-second time in our launch-free five-to-60-mph test. Sadly, a manual is no longer offered, but ZF's ubiquitous eight-speed automatic swaps gears as sweetly as ever. 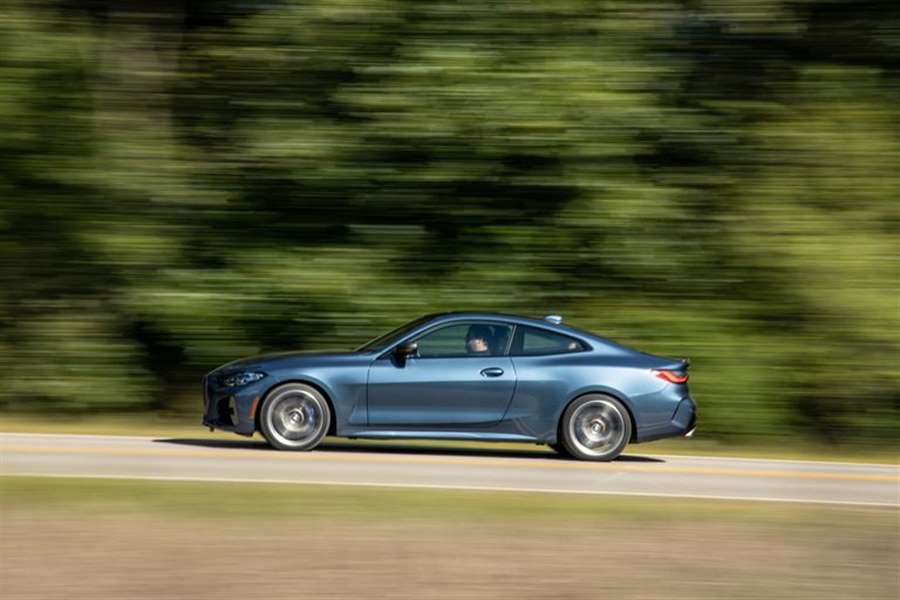 This being our first turn with the new 4, we're hoping other versions offer a closer connection. Our hope is the four-cylinder 430i model, which comes standard with non-variable steering and passive dampers, will carry the BMW dynamics torch of yore. It is currently the only 4-series available with rear-wheel drive, though a rear-drive six-cylinder model will be added later.

The fiery performance of the latest M3 and M4, both of which adopt similar vertical grilles, should help us acclimate to the controversial design. But the softer character of the M440i xDrive makes it tough to overlook the 4's new face.