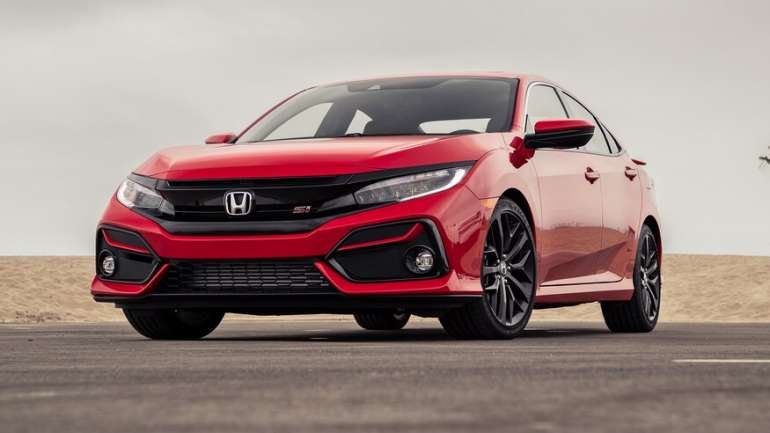 Buying a performance car often costs more than money; it costs comfort and convenience. If you're buying a 2020 Honda Civic Si, though, it doesn't have to. 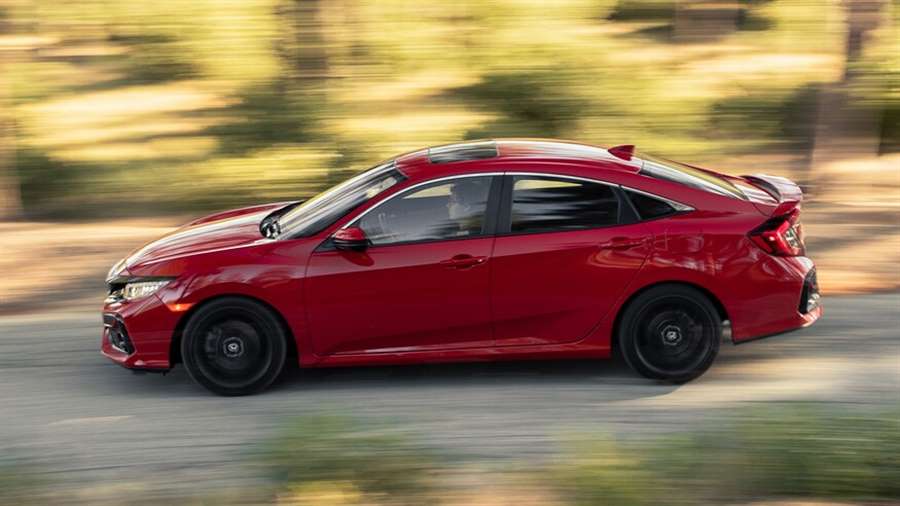 The Civic Si is essentially a mono-spec vehicle. As such, it rings in at just $26,155, making it one of the cheapest sports cars on the market in the best way possible. For that price, you get 31 more horses than a standard Civic, two-mode electronically controlled dampers, and a limited-slip differential. We spec'd ours with the $200 High-Performance Tire (HPT) option, but aside from that, all you could add to this car are some dress-up parts, a wireless phone charger, and an auto-dimming rearview mirror. The last two would've been nice, but we easily lived without them. 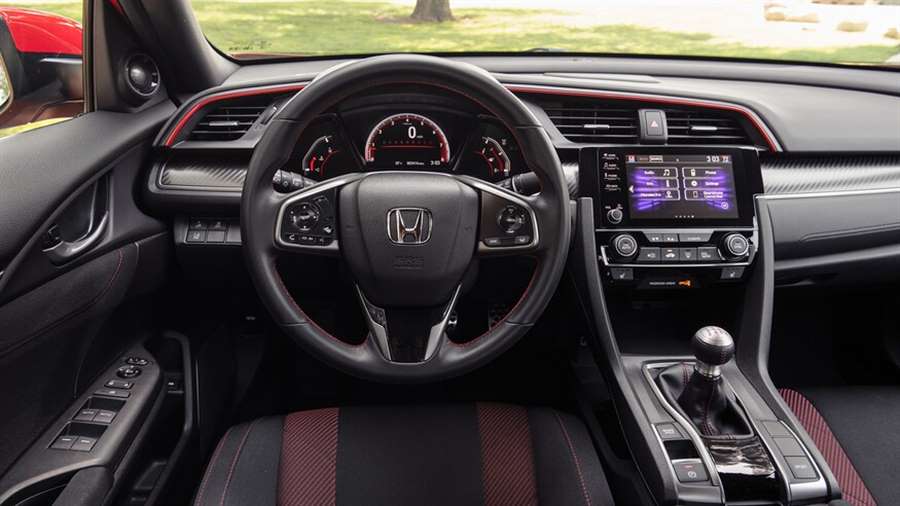 The Civic Si doesn't cost much in terms of comfort, either. The standard setting for the adjustable shocks is firmer than that of the average compact sedan, but not much. The shocks get firmer still in Sport mode, but that's just for when you're pushing the car on a good road. The front seats have big bolsters on the sides to keep you in place, but they're big, soft pads, not rigid extensions. If the Si is any louder inside than a standard Civic, it's not enough to notice (interior noise has long been a Civic weak spot).

The Civic Si costs almost nothing so far as convenience is concerned—provided you don't consider driving a stick shift in traffic inconvenient. In sedan guise, it gives up nothing in rear-seat space or access, and you get a big, secure trunk. And although there's no navigation option, it does come with Apple CarPlay and Android Auto compatibility so you can use your phone's navigation instead. 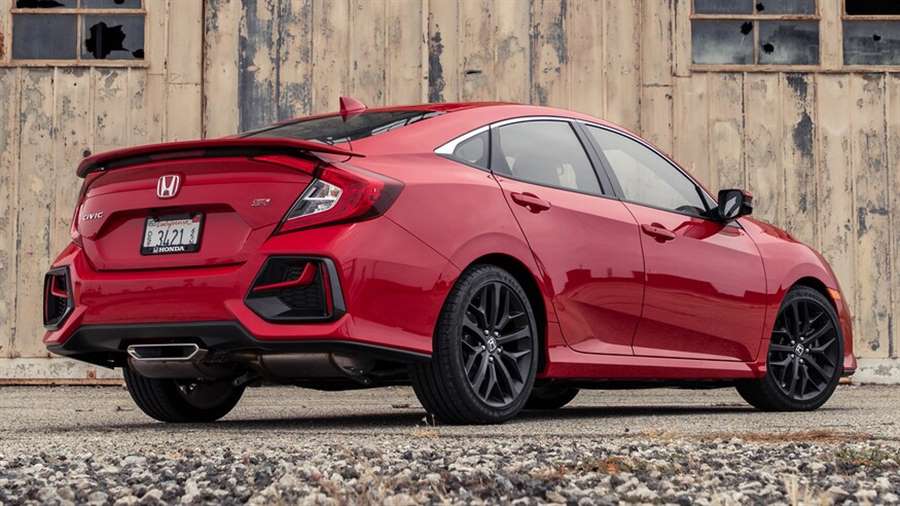 In fact, the Civic Si is comfortable and convenient enough that my wife and I didn't have a second thought about taking it on a three-hour journey to celebrate our anniversary at a house—with a pool—we rented. I thought for sure we'd stuff the car to the roof with clothes, food, drinks, and entertainment for a week, but we barely filled the trunk. Hours on the freeway to and from were no big deal, as the car was neither too stiff nor too loud for a road trip (nor were the seats too stiff).

On this particular trip, the Honda was just a nice little compact sedan with some extra zip for passing lane hogs. On other trips, especially those up into the mountains to go hiking, it was the best sports sedan for the money on the market (the Civic Type R is a hatchback). The composure of the chassis could teach things to more than a few sports cars that cost three times as much. 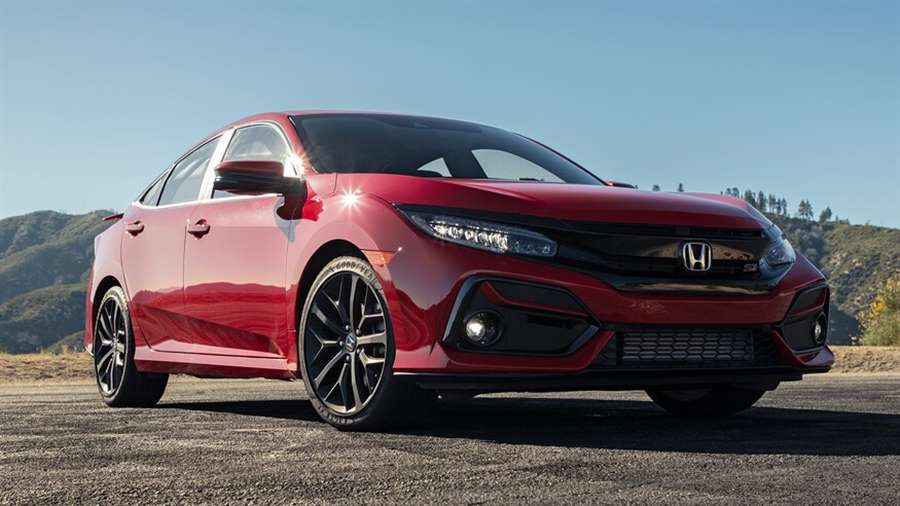 2020 Honda Civic Si Sedan: Momentous Performance
The Civic Si is what we call a momentum car. With 205 hp, it's no performance monster, but at 2,900 pounds, it's light enough to chuck about without constantly needing to slam on the stoppers. There's a delightful dance to be had in braking just enough to safely make the corner without losing any more momentum than absolutely necessary. The brakes, which aren't even upgraded past a set of performance pads, stand up to anything you can throw at them, which isn't much because again, you don't really have to slow down much for most corners. On the way out, the Civic Si's limited-slip lets you get back on the power early and pull it out of the corner, making the most of every pony. The manual transmission, the best of any this side of a Porsche, never lets you miss a shift, and the pedals are perfectly spaced for heel-toe downshifting. 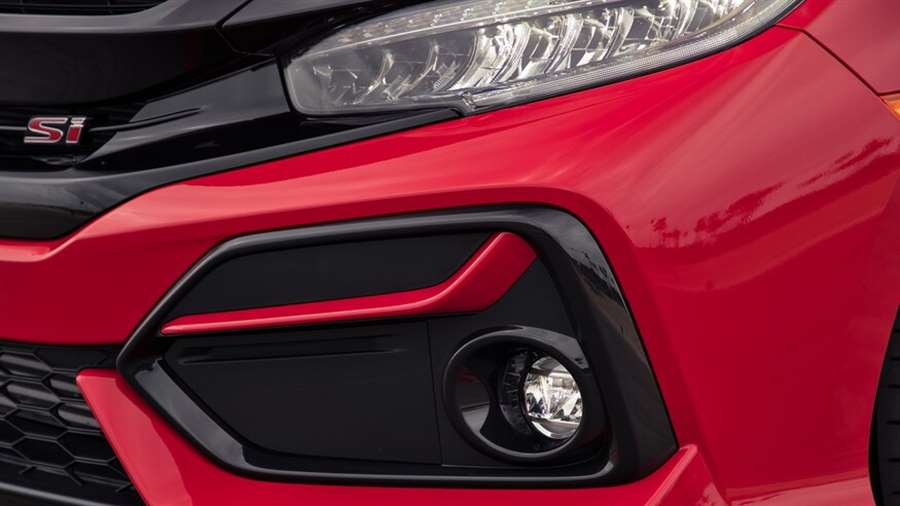 Its shortcomings are few and far between. If you're something of a drag racer, this isn't the car for you. Although the Civic Si feels quicker than it is, it's still held back by an engine that lags below 3,000 rpm and runs out of steam a thousand rpm before redline. The little Honda sedan is best when hustled on a road where you can keep both its speed and the engine's speed up. Around town, you're best off shifting before the turbo switches on, and when you're hustling, short-shifting. You'd also be well advised to keep a rag in the car to protect your hand from the cool-looking but scalding-hot or freezing-cold aluminum-topped shifter. When you're done driving, make sure to wait until the engine actually stops running after you switch off the car. If you release the clutch in gear too quickly ... well, it could get ugly.

It's easy to overlook the Civic Si when the Civic Type R is right there on the lot and only $11,500 more, but whether you're on a budget or just not ready to make the compromises its more powerful kin demands, the Si delivers. It's rewarding to drive on the best roads and comfortable on the commute. Ultimately, the Civic Si demands very little in exchange for the fun it provides, leaving you with a practical sedan every other day of the week.