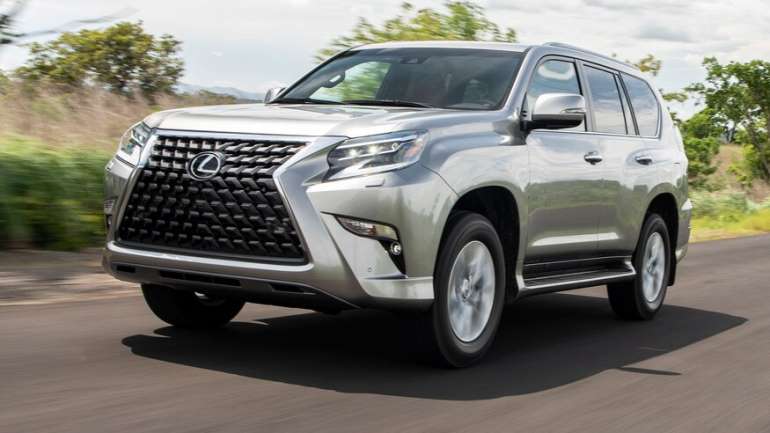 The new 2021 Lexus GX is a luxury vehicle built upon a durable and capable traditional SUV platform. Considering what we can find on the market this model is most likely Toyota 4Runner.

For example, they are less likely to agree that they’re willing to pay extra for safety features (86% vs. 90% for the segment) or an environmentally friendly vehicle (46% vs. 52%). Only 30% of Lexus GX owners claim that a first consideration in a new vehicle is fuel economy (vs. 44%).

Lexus GX owners the most care about reliability. With 98% of GX owners agreeing that this factor is a first consideration when they choose a new vehicle (vs. 94%). Also, 91% of GX owners agree that they need a versatile vehicle that accommodates a busy lifestyle (vs. 85%).

When we take a look on new model, we can say that the 2021 GX is immediately recognizable as a Lexus. Though it remains boldly proud of its jutting snout, the redesigned grille and new triple-beam LED headlights with signature L-shaped running lights bring greater cohesion to the SUV’s styling. Also, with the Sport Design Package, bigger 19-inch aluminum wheels help to fill the GX’s wildly flared fenders. Nevertheless, the Lexus GX remains a love-it-or-hate-it proposition.

There are two big changes when we speak about interior.

The first is replacement of the Mahogany wood trim in the Premium and Luxury trim levels with a trendy new gray Sapele wood, as well as, a new Rioja Red upholstery color is available, complete with a black headliner.

All other things will be more or less the same. Equipped with an analog cabin in a digital world, the GX’s controls, switchgear, and comparatively remedial technology reveal the SUV’s advanced age more than anything else. At the same time, fans of buttons and knobs will be in heaven, especially since the GX’s controls are clearly labeled and easy to use.

Shorter people might find the GX a bit of a climb to get into, but this Lexus GX is comfortable once you’re inside. It doesn’t offer front seat massage, though, and the range of adjustment is limited compared to many other midsize premium SUVs.

Adults relegated to the third-row seat will be unhappy, especially since access to them is awkward at best. Most suitable for children, this seat is located alarmingly close to the GX 460’s tailgate, which means you might want to think twice about carrying youngsters back there.

According official information from Lexus you can use the voice recognition system to adjust the cabin temperature. On my first attempt, the system instead changed to satellite radio channel 75. On my second attempt, I successfully changed the climate control to 75 degrees.

Embedded touchscreen display to its lack of Apple CarPlay and Android Auto smartphone integration, the Lexus GX’s infotainment system represents yester-tech in a vehicle that costs this amount of money. Furthermore, the voice recognition system isn’t as advanced as what many competing models offer.

Perhaps the most advanced feature is Lexus Enform Remote. Both smartphone and smartwatch compatible, this app-based technology works with Siri, Google Assistant, and Amazon Alexa to provide remote access to certain vehicle functions and data, to monitor vehicle usage, and to find the SUV when you can’t remember where it's parked. This service is free for one year, along with Lexus Enform Destination Assist personal concierge service.

Considering the space, the Lexus GX will have the lack of cargo utility is a concern. There is little cargo space when the third-row seat is raised. You can line up grocery bags, and that’s all. Space measures 11.6 cu.-ft., but that figure is only relevant if you’re stacking items. Third, maximum cargo space measures 64.7 cu.-ft. This isn’t much for a midsize SUV that weighs more than 2.5 tons.

Most people are likely to use the GX with the third-row seat folded down. So configured, it holds a generous 46.7 cu.-ft. of cargo. Note, however, that the load floor is high, making it more difficult to load heavy items.

Interior storage is not generous, either. The center console bin is adequate, but otherwise, there are few places to stash things. This is especially true given that the glove box is stuffed full of vehicle documentation such as the thick owner’s manual.

Visibility is excellent all around. Tall glass, large side mirrors, and various camera views help to make the GX maneuverable. However, the low-resolution reversing camera is another example of the SUV’s old technology, resembling grainy security camera video after dark.

Like the rest of the GX’s technology offerings, these systems are basic rather than advanced. The adaptive cruise control does not operate at low speed and cannot bring the SUV to a stop let alone accelerate again after stopping. The forward collision warning and lane departure warning systems use the same chime, making it hard to discern which feature is attempting to get your attention. And that chime is irritating, prompting disuse of the lane departure warning technology.

All models of Lexus GX 460 are equipped with a 4.6-liter V8 engine making 301 horsepower and 329 lb.-ft. of torque. Notably, the torque peaks relatively low at 3,500 rpm. A 6-speed automatic transmission with a Sport driving mode distributes the power to all four wheels through a full-time 4-wheel-drive system.

The V8 engine delivers plenty of oomph, and the automatic transmission shifts unobtrusively at all times. When accelerating from a stop, the throttle response can be too eager, resulting in sudden leaps forward. Be careful in thick traffic, when parking, and when putting the GX into a garage. Lexus says that it takes this 5,130-pound SUV 7.8 seconds to accelerate to 60 mph and that the GX tows up to 6,500 lbs.

A new Off-Road Package installs a Crawl Control off-road cruise control system that regulates speed while the driver focuses on steering the best line across difficult terrain. Additionally, this package adds a Multi-Terrain Select traction system that regulates power delivery based on the surface conditions underneath the tires. A fuel tank skid plate, a transmission cooler, and a Multi-Terrain Monitor that even shows what’s underneath the SUV add to the GX’s capabilities.

Light off-roading is no problem for the standard Lexus GX, especially with the adaptive variable suspension that can raise the vehicle for extra clearance. Add the Off-Road Package and some all-terrain tires, and this SUV likely matches Jeep and Land Rover in terms of its exploring capabilities. This is one of the GX’s key selling points.

The new 2021 Lexus GX is not a fuel-efficient vehicle. It gets 15 mpg in the city, 18 mpg on the highway, and 16 mpg in combined driving. This aligns with the testing average, which came to 16.1 mpg. Based on the EPA data and the 23-gallon fuel tank, the GX travels a maximum of 368 miles between stops at the gas station.

Final pricing for the 2021 Lexus GX was not available as this review was published, but we expect that the price will be around $69,000.

The main reason to buy a Lexus GX is for its off-roading capability. Thirsty with fuel, sometimes difficult to drive smoothly, lacking utility, and technologically well behind the competition, the Lexus GX is overdue for a complete redesign.