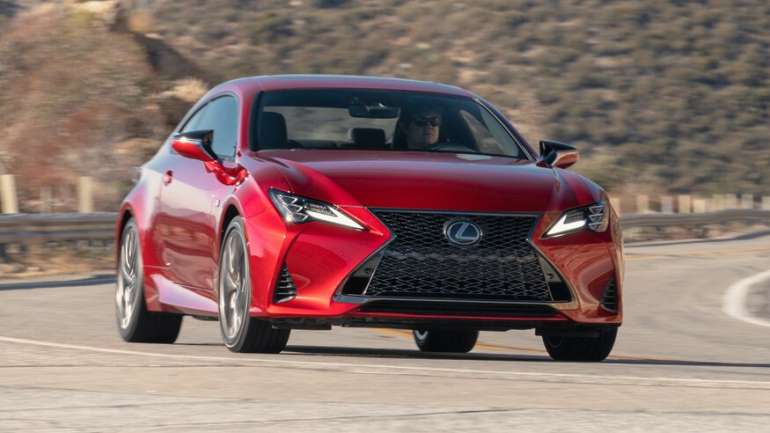 This luxurious two-door is showing its age, but it’s still a rewarding car for people who love to drive.

The Lexus RC coupe, like the recently updated-for-2021 Lexus IS sedan, has been around for some time, first going on sale in 2015 and receiving a major face-lift in 2018. It doesn't have too many competitors. Sporty luxury coupes aren't nearly as popular as upscale SUVs these days, leaving the Lexus battling three primary competitors: the BMW 2 Series, the Infiniti Q60, and the Audi A5. Within that bunch, The RC is the only one to offer a naturally aspirated engine, and as a result, it falls somewhat awkwardly between rivals that use turbocharged four-cylinder powerplants and those with mightier turbocharged V-6 engines. 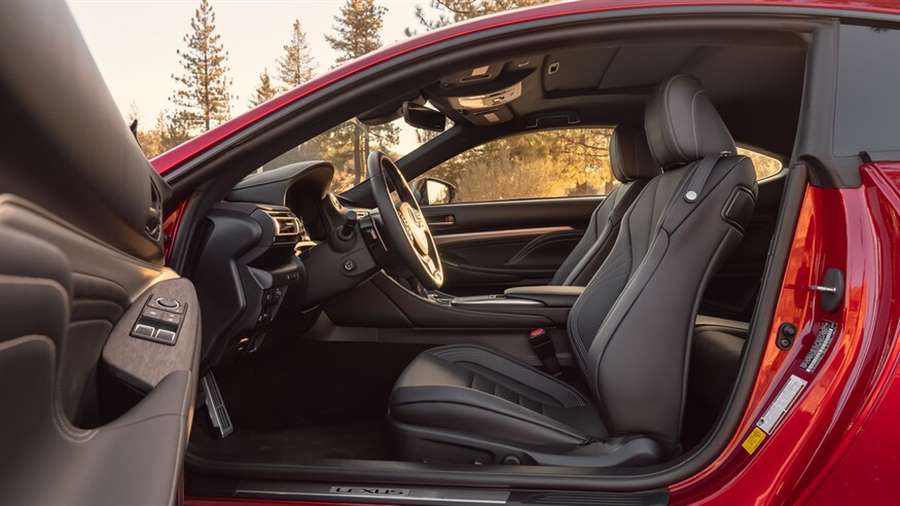 We got our hands on an example of the midrange 2021 Lexus RC350 F Sport, which sits above the entry-level RC300 and below the muscular RC F. Over the span of two weeks, we attacked canyon roads, climbed mountains, and took on some heady freeway mileage to see if the RC has the goods to impress as it nears its twilight years.

It packs a 311-hp V-6 engine that produces 280 lb-ft of torque. An eight-speed automatic transmission handles gear changes and sends power to the rear wheels in this guise, though an all-wheel-drive variant is available. The engine sounds great, and shifts come quickly, crisply, and accurately. It's one of the rare naturally aspirated powerplants still on sale; revving it out for all its worth is enjoyable, and doing so is met with a great exhaust note. 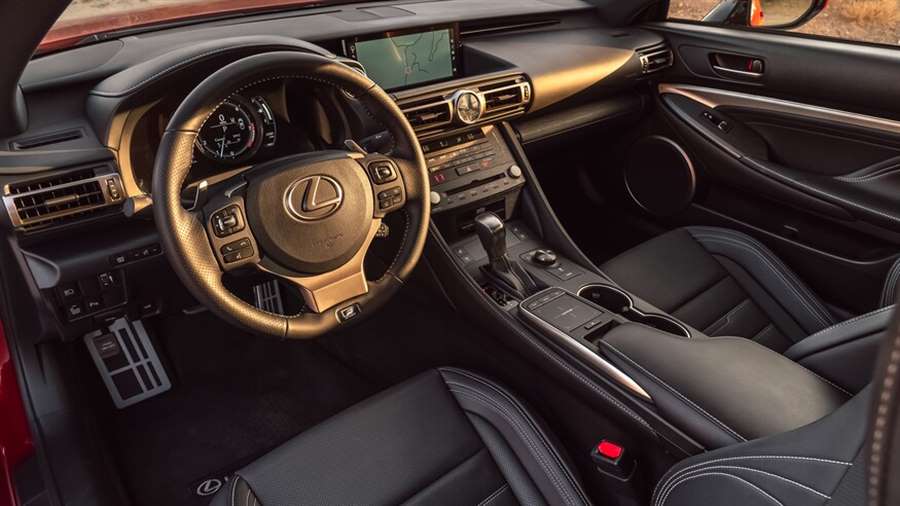 Maybe I've gotten used to the spindle grille, but the Lexus RC still looks sharp to me all these years later, even if I'm in the minority. Our car came with Metallic Infrared paint, a premium color for an additional $595, accented with additional orange F Sport brake calipers ($300). There's very little chrome on the exterior, just one strip on each side mirror, which should help prevent this car from looking dated for years to come. Otherwise, dark gunmetal gray trims the rest of the vehicle, endowing it with a mature, serious look. The power moonroof, which also helps brighten up the black and gray cabin, added another $1,100 to the total sum.

On the open road, the RC350 F Sport serves as a GT-lite. It's not nearly as powerful as its big brother, the gorgeous and capable LC500, but its adaptive F Sport suspension does a great job soaking up road imperfection in the Normal drive mode and stiffens up for better body control when set to Sport S or Sport S+ mode. Although the throttle and brake pedals provide direct and predictable feel, the V-6 doesn't quite provide enough grunt to match its sporty aesthetic. 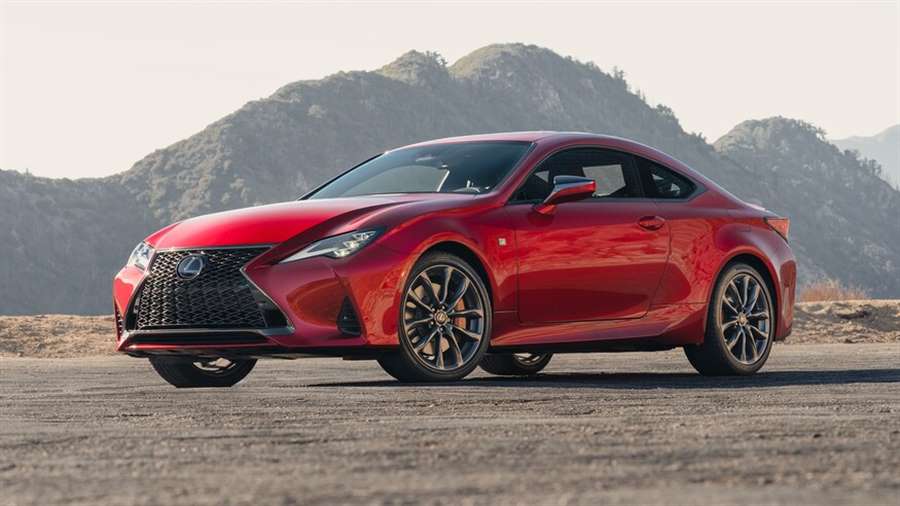 In addition to the RC not being quite as quick as it feels like it should be, fuel economy isn't too impressive, either. The EPA rates the RC350 F Sport at 20/28 mpg city/highway. Drivers who like to zip off of the line can expect those numbers to dip to old-school muscle-car digits if they aren't careful. This is partially because this Lexus tips the scales just shy of two tons. So even though it's nimble, its heftiness hurts at the pump and the dragstrip.

This prevailing sense of predictability prevents the RC350 F Sport from offering true excitement. The engine, though it provides decent power at the top end of the rev range, doesn't quite have the torque to make launches or on-ramp runs exhilarating. At best, it brought a smirk to my face as I navigated tricky roads with ease and evoked some utterances of surprise that a midrange Lexus coupe handled so well without any drama whatsoever. It simply complies with the driver's wishes. For some folks, that's all they want in a car, and I get the appeal of that characteristic. 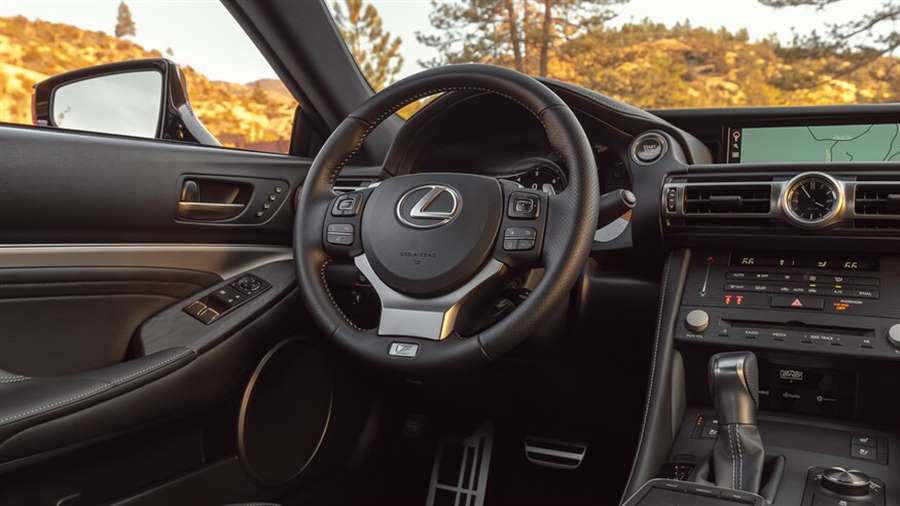 F-Ing Well Equipped
Our car came equipped with a smattering of options, most notably the Lexus Dynamic Handling package with dynamic rear steering and variable-gear ratio steering ($1,900), which helped the coupe handle with impressive poise on winding roads. The steering feels direct, gives good feedback, and is tuned well for navigating technical routes. A Torsen limited-slip differential ($390) also helped up our test car's handling. It even rode on summer tires, which had plenty of grip for brisk jaunts on our favorite roads.

Interior amenities are typical Lexus: a somewhat anachronistic user interface (saved in part by Apple CarPlay/Android Auto) and excellent materials and build quality. The leather seats were comfortable on the long haul and supportive when I took advantage of the car's great handling characteristics on fun roads. The transmission tunnel is pretty large and eats into the cockpit space, and there aren't a ton of storage cubbies, but then again, this is a compact coupe, not a bulbous crossover, so this detraction might not be a penalty for buyers expecting a cocoon-like cockpit. Trunk space is plentiful for a pair of travelers who don't like to travel light. 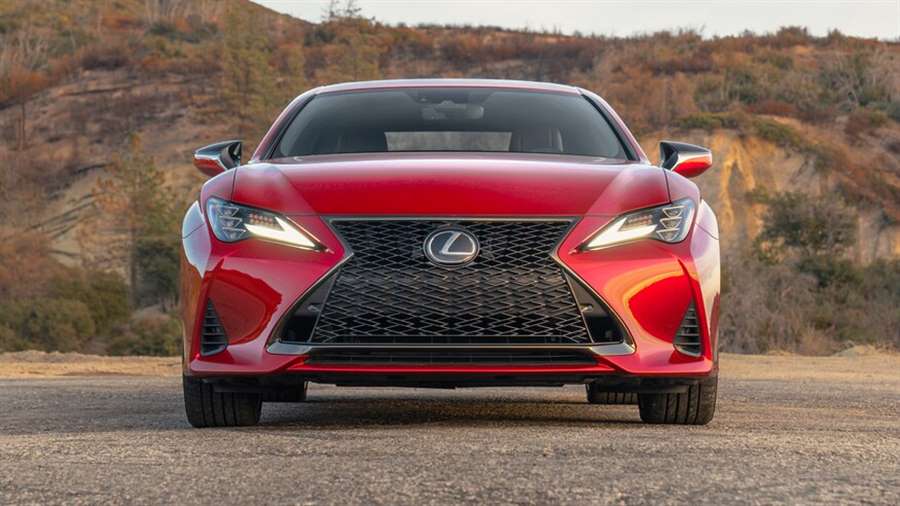 Good Deal Or No Deal
Other cool features on our test car include the triple-beam LED headlights ($1,160), a package that bundles in-car navigation and the Mark Levinson audio package ($2,725), and the Intuitive Parking Assist sensor package ($500). In all, our model we tested, almost $10,000 more than the $50,645 starting price for the RWD RC350 F Sport test car topped $60,000. Its performance lies in between the trim levels and engines of its competitors, but its starting price is more closely aligned with higher performance cars such as the Audi S5, which starts at $53,545 and has a more powerful turbocharged V-6 engine.

The RC350 F Sport is fun to drive without offering paradigm-shifting acceleration or speed. It's comfortable both physically and in the manner it performs. Those looking for more excitement should opt for the full-hog RC F. However, for dependable, luxurious transportation that can still provide driving joy when there are fun roads to explore, the RC350 F Sport is worth considering.