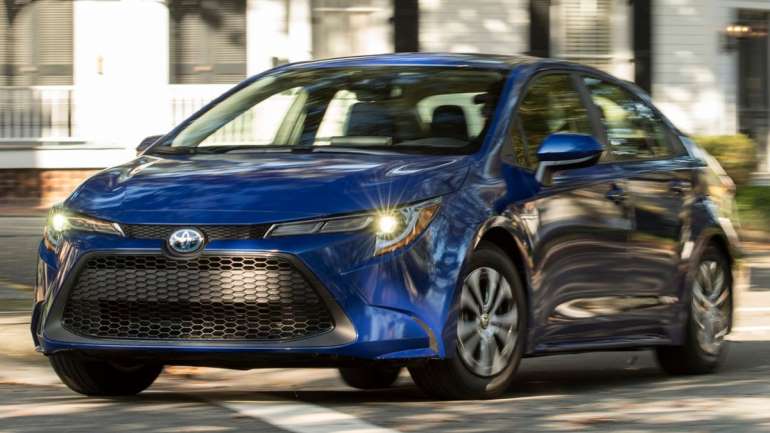 The current-generation Toyota Corolla rolled out in 2019 as a hatchback, then followed in 2020 with a sedan and the model line’s first-ever hybrid variant. The current look is the sportiest one we’ve seen yet, as the Corolla adopted many of the styling cues of the larger Toyota Camry sedan with its gaping grille, muscular lines, and striking lighting elements. 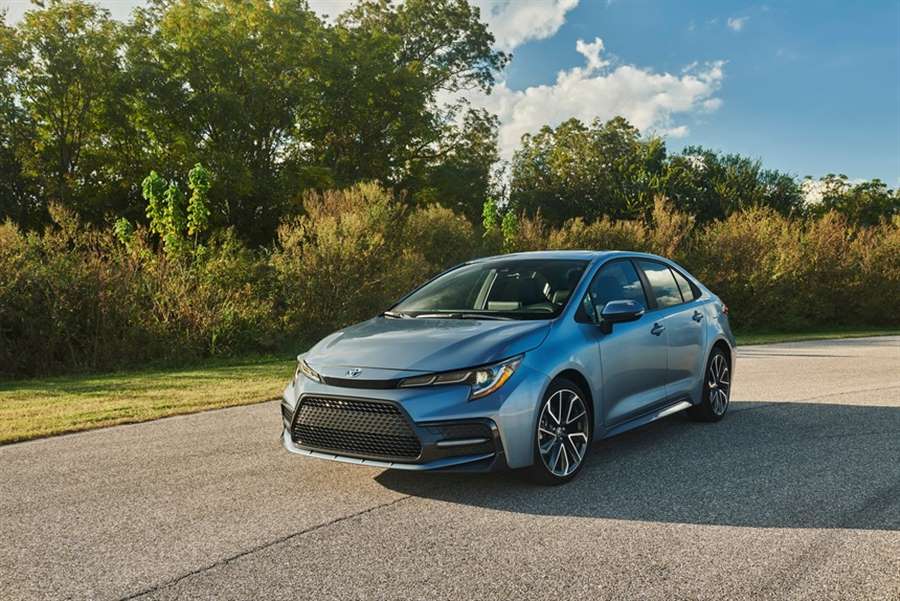 Inside, the Corolla fills its compact mission by offering decent space for five, although four is the ideal. The sedan’s wheelbase is about 2.5 inches longer than the hatchback, for improved interior space. The cabin features a dash-mounted touchscreen for infotainment and carefully placed controls. Fabric-trimmed seats are standard; the imitation leather seats are comfortable and have the look and feel of real hides. 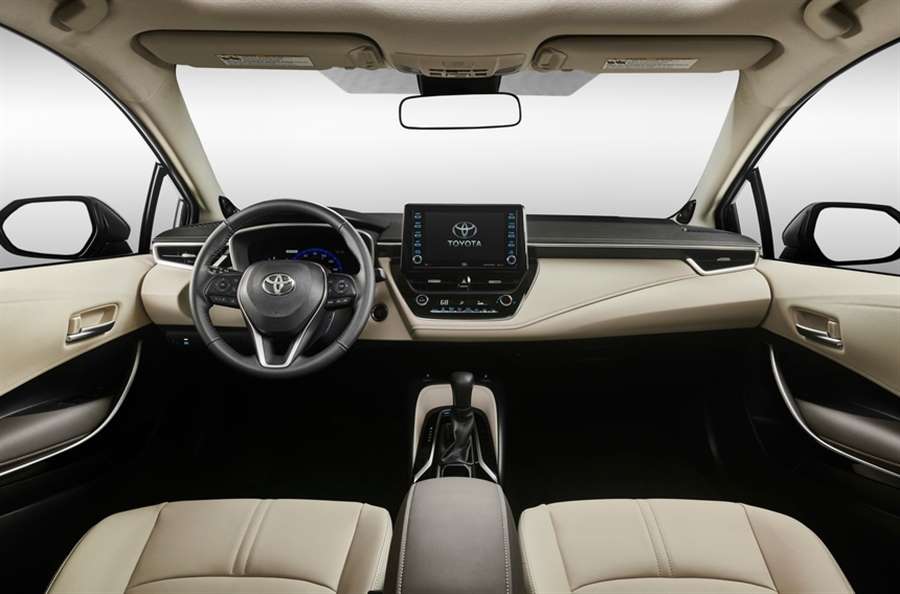 This year, Android Auto is standard, joining Apple CarPlay as the two most important smartphone compatibility options in the business. Base sedan models have a 7-inch touch-screen display, while all other trims come with an 8-inch touchscreen. The list of popular options includes navigation, wireless smartphone charging, and a premium audio system. Optional blind-spot monitoring is widely available. We’re not expecting additional changes for 2022. 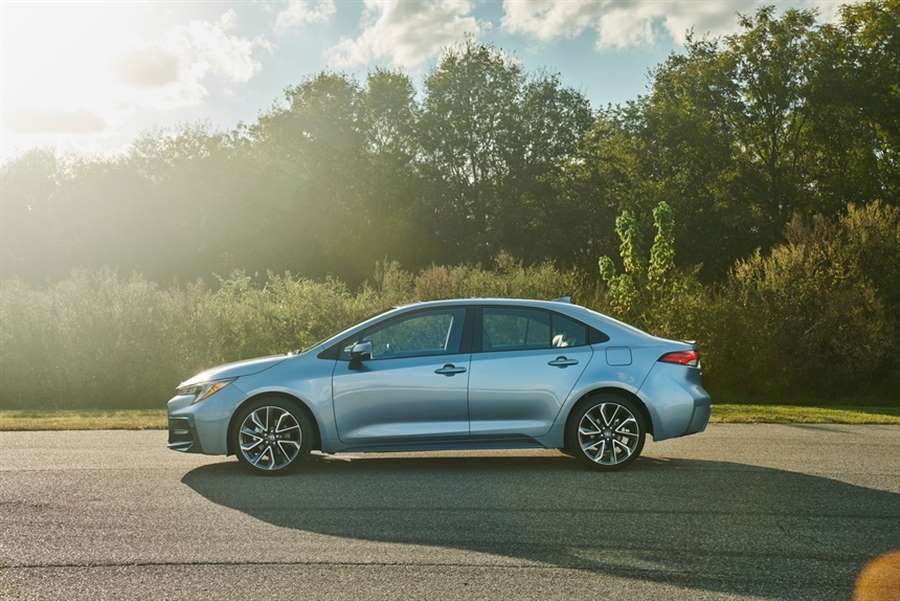 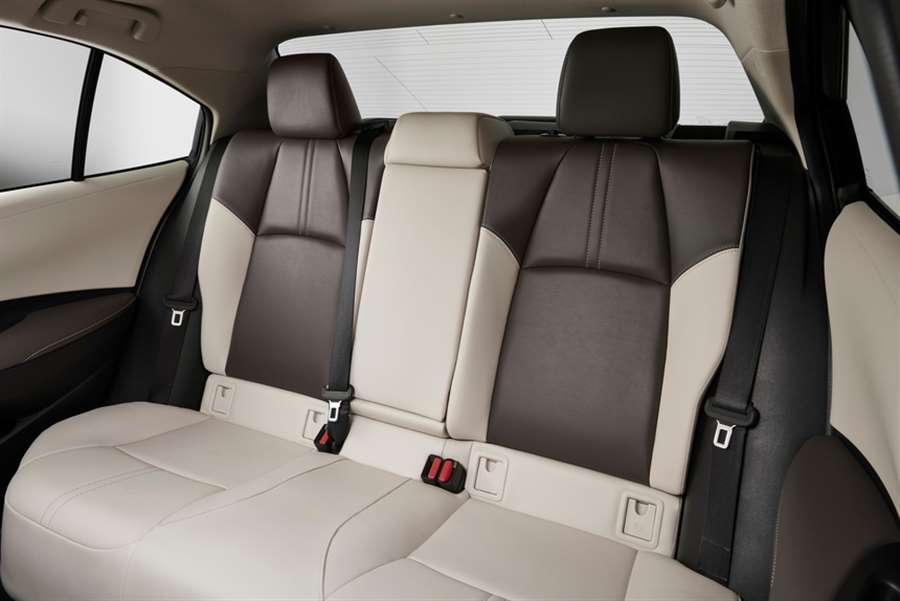 The larger engine is surprisingly the more efficient of the two, delivering as high as 40 mpg highway on some trims. That’s 2 mpg more than the best fuel economy of the base engine.

If you’re shopping the Corolla Hybrid, Toyota uses the 1.8-liter engine and operates it in the efficient Atkinson cycle to deliver 121 horsepower and 105 pound-feet of torque. This model makes an EPA-estimated 52 mpg combined, which is 30-percent higher than the best gas model. 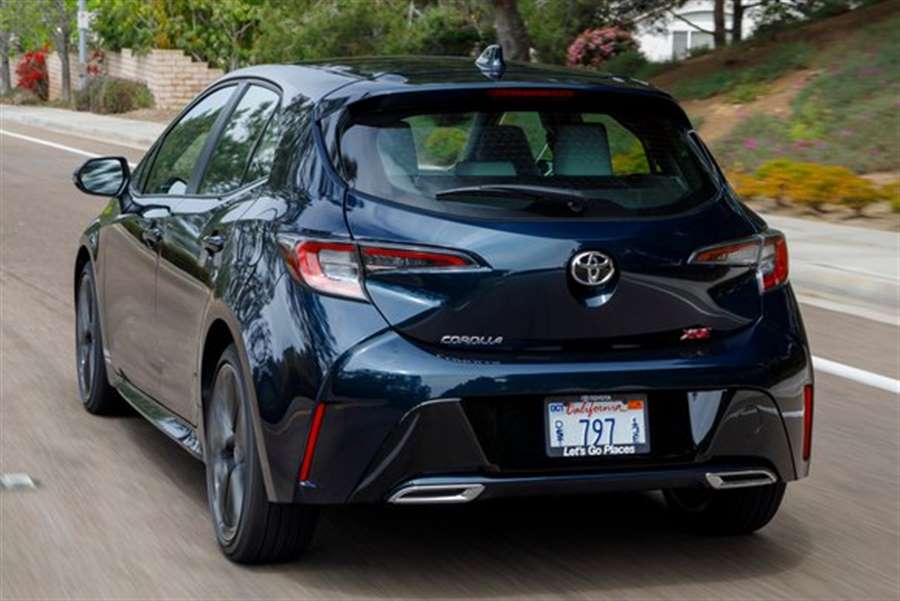 PRICING & RELEASE DATE
There is no official on-sale date for the 2022 Toyota Corolla, but we expect it will arrive in the spring based on previous release schedules.

Pricing is also not available. As a carryover vehicle, we expect pricing to remain close to the current model’s $20,880 to $29,165 (destination fees included) MSRP for the sedan. Pricing for the hatchback and hybrid is slightly higher.