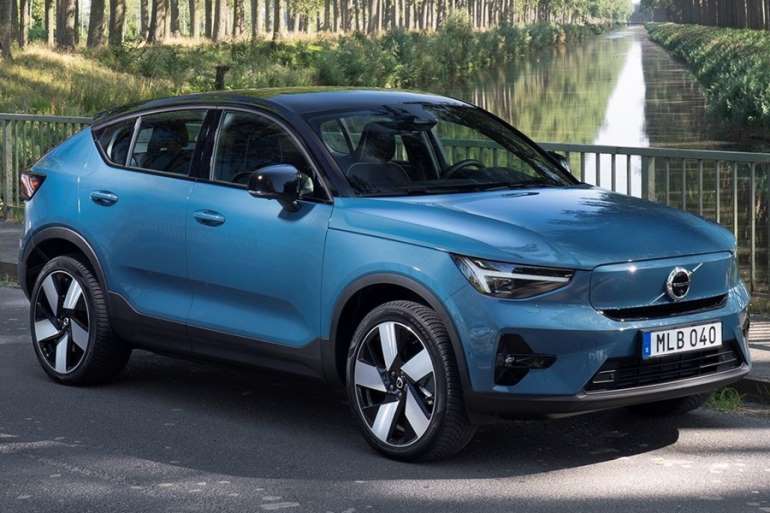 Volvo’s latest ‘small’ car (as small as a Volvo gets, anyway) is this – the C40 Recharge. It marks the first time Volvo’s offered a car that’s exclusively available with electric power, as the mechanically similar XC40 is also offered as a petrol or a plug-in hybrid.

It’s also the brand’s first coupe-SUV, letting Volvo dip its toe in the water of this growing market segment. But the company is confident that its combination of style, cool image and all-electric power will tempt buyers into subscribing to this smart new entrant into the market.

As a small-ish electric car, the C40 has a growing number of rivals. Premium-badged opposition includes the Audi Q4 E-Tron, the Mercedes-Benz EQA and soon the Tesla Model Y. It’ll also be vying for sales with its own siblings – the XC40 Recharge as well as the Polestar 2.

Volvo hopes that the C40’s unique looks, as well as its availability on the ‘Care by Volvo’ subscription plan will endear it to enough people – buyers who want the ownership process to be ‘effortless and joyful’, as the brand says. But there’s a high price to pay for that ease…

There are a few changes between the XC40 and the C40, though. The main one is obviously that coupe-like roofline, which you might think makes the back seats and boot very cramped indeed. 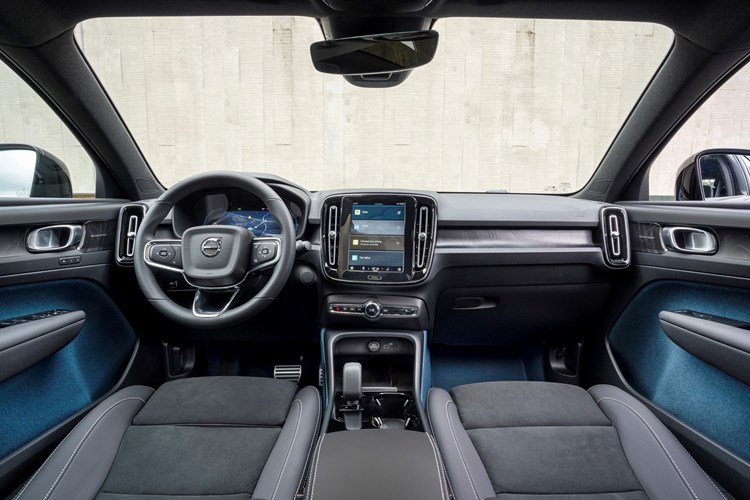 That’s not entirely so, though. The boot is rather small at 413 litres with little loading height, but there’s plenty of legroom in the back and even headroom’s not too badly impacted unless you’re very tall. It’s nowhere near as spacious as an Audi Q4 E-Tron, though.

Another change is the materials used. The C40 is an almost entirely vegan car on the inside – it uses no leather, and aims to minimise the use of animal products wherever possible (though some are almost unavoidable, such as the use of tallow in plastics manufacturing). Upholstery is largely wool-based, or uses microfibre spun from recycled plastic bottles. Not as nasty to sit on as it sounds.

You also get 3D-printed and backlit dashboard panels in place of the faux-aluminium ones on the XC40. They look a bit rubbish in the daylight but really come alive when lit up at night, making for a very cool effect.

The C40 runs Volvo’s latest infotainment software, which is based upon Android Automotive – a Google product. That means that the more you commit to Google’s own ecosystem, the better the infotainment gets – from the built-in Google Maps optimising routes more effectively, to the natural voice commands which are better than any OEM system we’ve used before.

It also opens the door to a whole host of Android apps being available to download from the Play Store in future, which will update over-the-air.

Android Automotive makes the C40 one of the few cars where iPhone users are somewhat left behind. With no Apple CarPlay yet available, you’ll have to commit to a certain amount of Google in your life – perhaps more than many Apple users will be accustomed to. 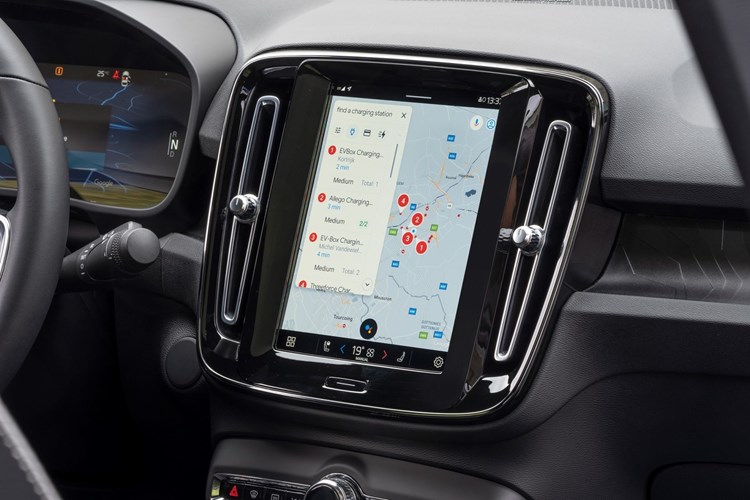 Simplicity is the name of the game here. The Volvo C40 doesn’t even have a starter button or a parking brake – you simply get in, shift into D and get going.

That simplifying factor carries over into the driving experience, where you won’t find anything so complex as switchable drive modes. Instead there’s only two controls – one to firm the steering up, and one to switch to ‘One-Pedal Drive’, which ramps up the regenerative braking so you can coast to a full stop without touching the brake pedal.

Largely it’s a comfortable experience behind the wheel of the C40. The large wheels of our test car thumped a little around town but on the motorway it settled down to a comfortable ride.

As for performance, it’s impressive. The C40 uses an electric motor on each axle and produces a total of 408hp – that makes for hot hatchback-rivalling pace of 4.7 seconds from 0-62mph. It certainly feels very muscular right up to motorway speeds. We wonder if it wouldn’t feel almost as good with just a single motor, though – that’s an option you can get on the XC40 but it won’t hit the C40 range for a while yet. 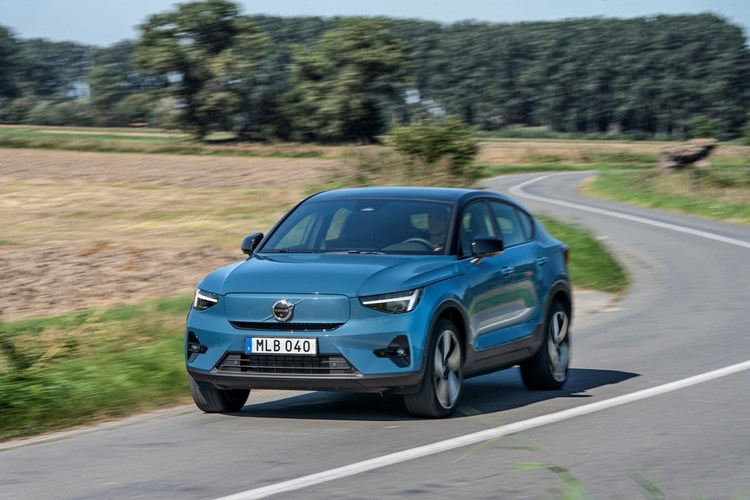 The C40’s only available in one, very highly-specified trim level – the only options are paint colour and a retractable towbar. That means every model gets (deep breath):

Metallic paint and posh upholstery are also a given. 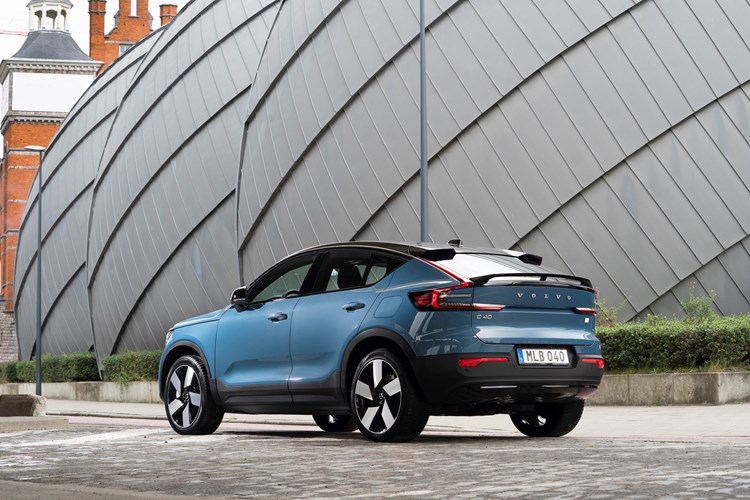 The C40 Recharge uses the same 78kWh battery pack as the XC40 Recharge. It provides a maximum range of 273 miles on a single charge.

That’s less than you’ll get from an Audi Q4 E-Tron, Tesla Model Y or Polestar 2, but it’s still a thoroughly decent range and should mean at least 200 motorway miles.

Find a 150kW rapid charger and the C40 can be topped up to 80% capacity in just 40 minutes. The onboard charger is of the faster, 11kW type, too, so if your home electricity supply supports a wallbox of this speed then you should be able to top up fully in just eight hours. 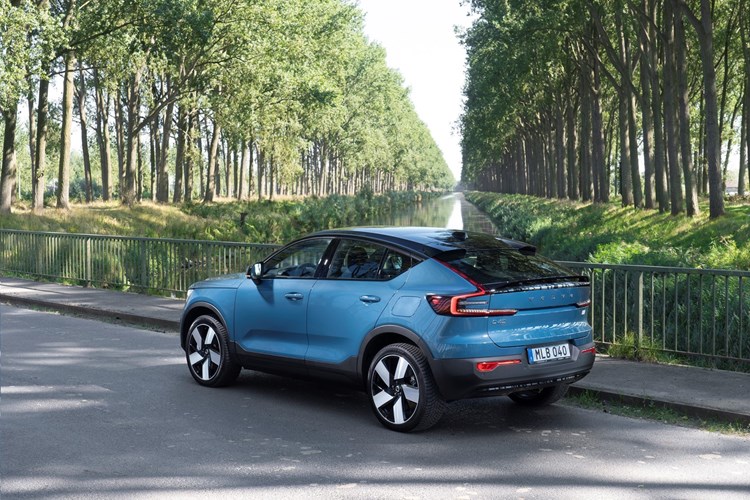 The C40 Recharge is a good electric car, but it doesn’t really feel as though it moves the game on for Volvo or the industry in general. Performance is rapid and it returns an acceptable range on a single charge, but it’s beaten soundly in both aspects by the Tesla Model 3.

And its high price tag means the Volvo C40 is undercut – on cash price or monthly price – by a host of seriously talented cars including the Audi Q4 E-Tron and the Polestar 2.

The Volvo C40 might make a bit more sense later on when cheaper variants arrive in the range – for now, it’s difficult to wholeheartedly recommend unless you’re a serious fan of the way it looks.