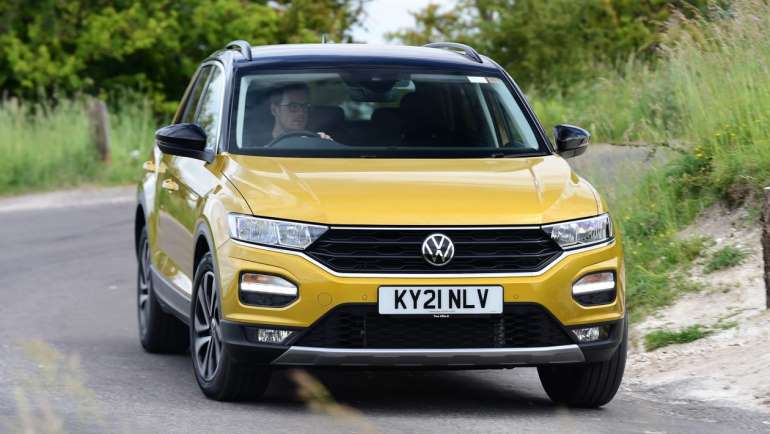 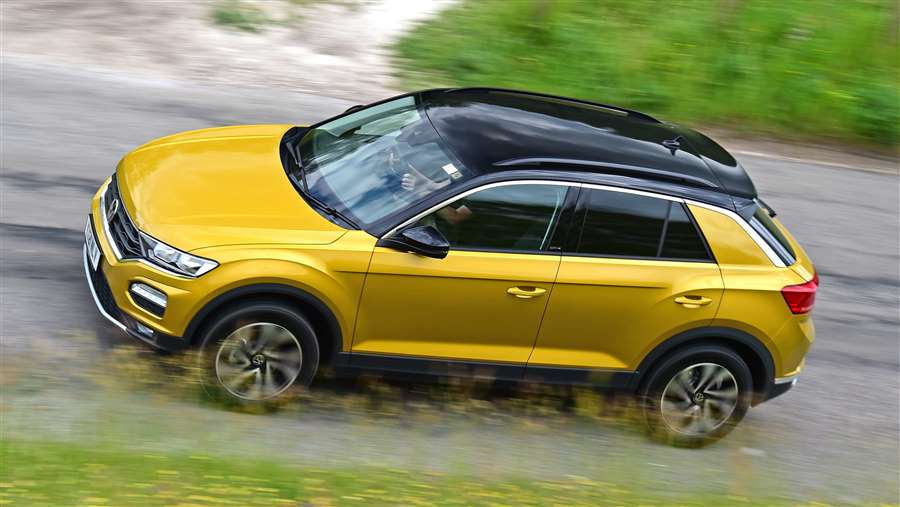 Active trim adds worthwhile extra kit and boosts the level of value on offer in the T-Roc range. It’s an attractive small SUV that’s complemented by enough tech, comfort and fundamentally sound driving dynamics, but we’d save even more money and go for the more efficient 1.0 TSImanual model, which will still offer enough power for most users.

Special editions sometimes mean that sales are slow. After all, why would you risk tweaking something that is making money? However, the application of a new Active trim level has occurred right across the Volkswagen range, and the manufacturer’s T-Roc compact SUV has definitely benefited from these alterations – or more to the point, customers have. 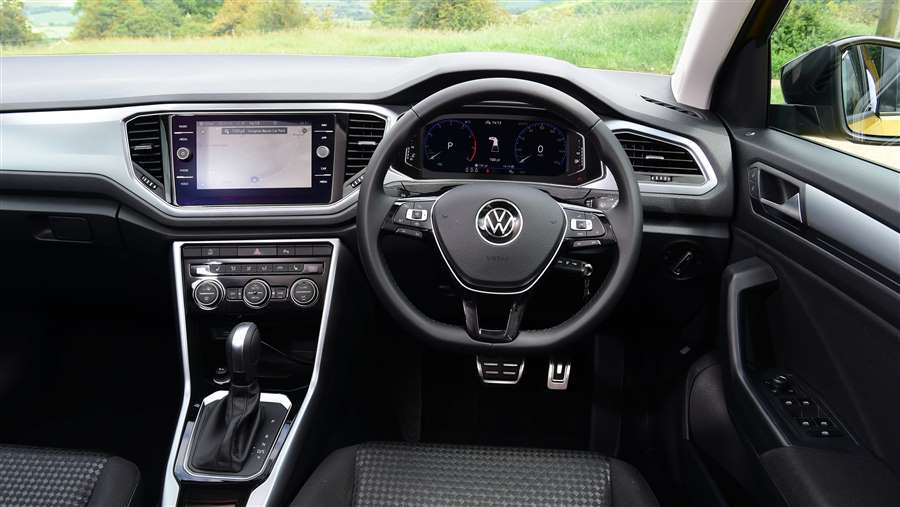 That’s because at £27,490 for this 1.5-litre TSI 150 EVO car equipped with VW’s seven-speed dual-clutch automatic DSG gearbox, the Active model is only £300 more expensive than SE trim, yet it comes with extra kit to the value of £2,160 if you were going to add it as optional extras.

This includes a winter pack, featuring heated seats, a powered tailgate, foglights, tinted windows and standard-fit sat-nav as part of the eight-inch touchscreen infotainment set-up. Apple CarPlay and Android Auto are included on SE trim as well as with Active, which might be many people’s preferred choice for navigation. 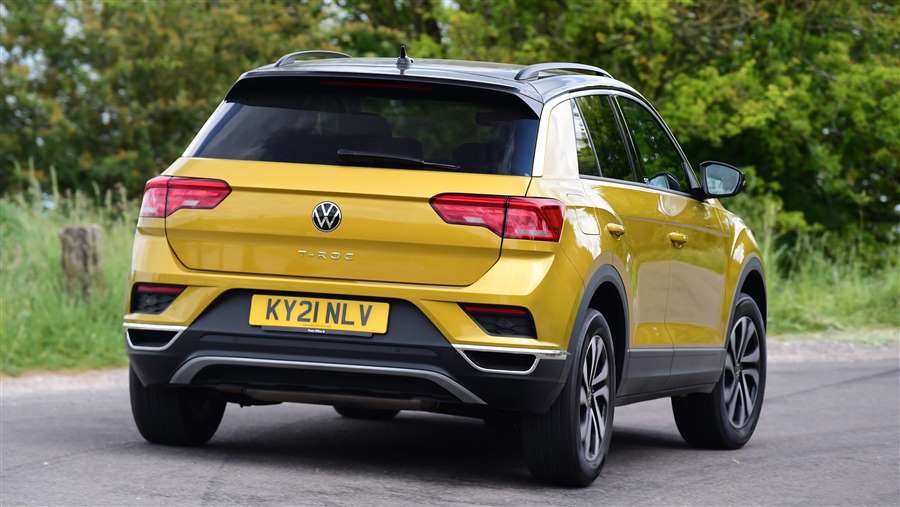 There’s no denying the appeal that the extra kit adds to Active trim, even if it’s installed in a cabin that doesn’t exactly major on material quality. The layout is logical and the design fundamentally sound, with enough storage, comfortable seats and good visibility, but the hard plastics in some areas could be better.

It is worth mentioning that, while Active trim does add plenty of features, one option that’s still worth specifying is the £445 10.3-inch digital dashboard.

This new trim also brings some cosmetic upgrades, including lots of Active badging outside, Active sill plates and puddle lighting, and 17-inch wheels. They’re small tweaks that you might not notice, but with a contrast roof our car looked smart. 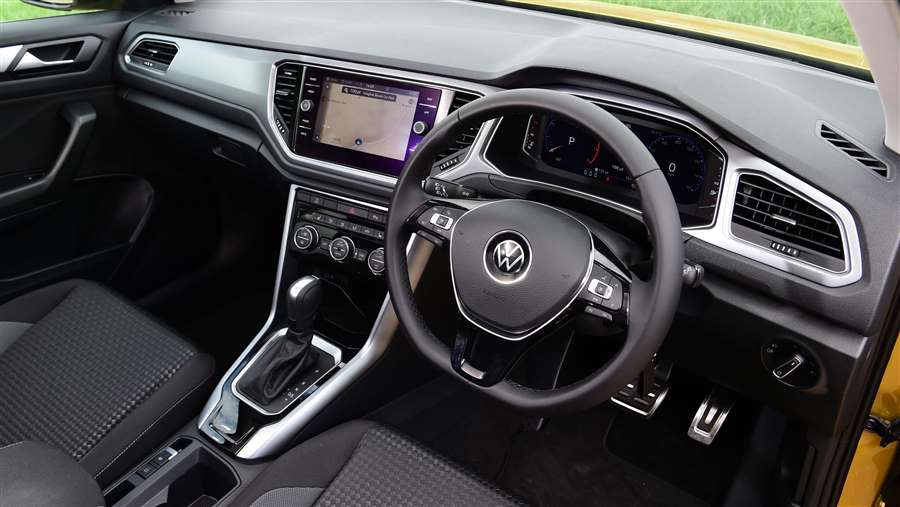 From behind the wheel the Active is no different to any other T-Roc, which means that the 148bhp 1.5-litre TSI turbo engine is smooth and pulls well from low down. Sometimes the DSG gearbox is a bit too eager to kick down if you go beyond around 50 per cent throttle, but at a relaxed pace it shifts smoothly and early. It’s an equally easy-going partner to the engine, which delivers easily accessible performance in a sustained surge and with not too much in the way of engine noise either.

The ride is fine on 17-inch alloys. The T-Roc is based on the same MQB A0 platform as VW’s Polo supermini, and while the ride is sometimes a little bobbly, it’s mostly good. Some tyre roar at higher speed impacts refinement, but comfort is a commodity the T-Roc offers in large enough quantities for an everyday SUV.

It’s also relatively precise when it comes to handling. Cars like the Ford Puma or MINI Countryman will be more fun from behind the wheel, yet the T-Roc’s light but precise steering and good level of grip mean it delivers enough dynamically. As a result,while it rarely feels inspiring or encourages you to drive it a little more enthusiastically, it also rarely feels out of its depth.

With claimed efficiency of 44.1mpg (which we actually exceeded during our time with the car) it should be relatively cost-effective to run, just as it is to buy.

On that subject, we know most people looking at SUVs in this sector will buy on finance anyway, so with a monthly cost of £274 based on a three-year PCP deal limited to 10,000 miles per year and a 20-per-cent deposit, the T-Roc Active is an affordable model, even if the lesser 1.0-litre TSI 110 manual car would be more than adequate in performance terms,  more efficient and cheaper still to buy.

The powertrain doesn’t affect the practicality on offer though. So, with a rear cabin that can accommodate two adults but is better suited to children, plus a fair 445-litre boot that eclipses a VW Golf’s (it’s understandable why people buy SUVs when you analyse the info), the T-Roc is a fairly versatile machine. It should cover most bases, including if you’re after a small lifestyle SUV, as the Active name suggests.