Starting in 2024, Full Mercedes-Benz Lineup Will Have Autonomous Capabili

Feb 12, 2021
Starting in 2024, Full Mercedes-Benz Lineup Will Have Autonomous Capabili 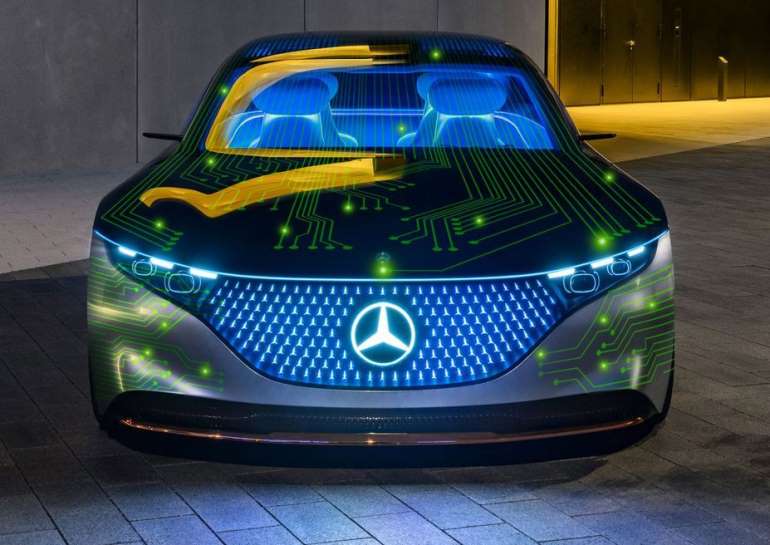 Newly announced partnership with Nvidia will include over-the-air upgrades and could even yield a Mercedes App Store.

When planning for the future, it doesn't hurt to give yourself some options. Last year, for example, Mercedes-Benz and BMW announced that they would work together on autonomous passenger cars that would be available to private customers starting in 2024. Last week, that cooperation effort was put on hold and then this week, Mercedes announced a new partnership with Nvidia on automated-driving technology to be trolled out in new Benzes starting in 2024.

Even though that could be read as Daimler swapping out BMW for Nvidia for its upcoming AV tech, the reality is a bit more complicated. A Mercedes-Benz spokesperson told Car and Driver that the cooperation with Nvidia is independent from the one that was planned with BMW. "The timing with planned models from BMW did not fit, that is why we put the cooperation on hold and may resume later," she said. "With Nvidia we are looking at a software-defined architecture for automated driving features. This is different to what was planned with BMW."

"Don't think of [the announcement] as a product but a change in strategy and architecture that [Mercedes'] entire future lineup is based on," he said. "It's very significant on both sides. It's rare for an automaker to put so much trust in another company. Ola and Jensen have been working very, very closely on this. It's top down in both companies."

Every Mercedes Will Get Nvidia's AI Supercomputer

So, what's in the deal? As Shapiro said, a lot. Mercedes-Benz and Nvidia are going to build a new software-defined computing architecture for automated vehicles based on the Nvidia DRIVE platform that will be installed across the fleet of next-generation Mercedes-Benz vehicles, starting in 2024.

"It's really a transformative business model for Nvidia and Mercedes-Benz," Shapiro said. "The entire fleet, every car from the entry A-classes to the S-classes, will have the highest-performance Nvidia AI supercomputer on board."

Shapiro said that each of these new Mercedes vehicles will come with the full surround sensor suite installed and then, similar to how Tesla does things today, it will be up to owners to decide if they want to activate features, either when they purchase the car or after the fact with an over-the-air update. "There will be different business models, subscription service possibilities or one-time fees or things like that, depending on the region, that potentially turns the car into a fully upgradable, perpetually upgradable device, and there potentially could be be a Mercedes App Store," he said.

The features include what Mercedes calls "state-of-the-art automated driving functionalities" that will be able to "automate driving of regular routes from address to address," but since Mercedes is only promising Level 2 and 3 autonomous driving, the driver may need to take over in some situations during the drive. Mercedes says future automated parking functions that use this system could offer up to Level 4 capabilities, which means the car could go park on its own.