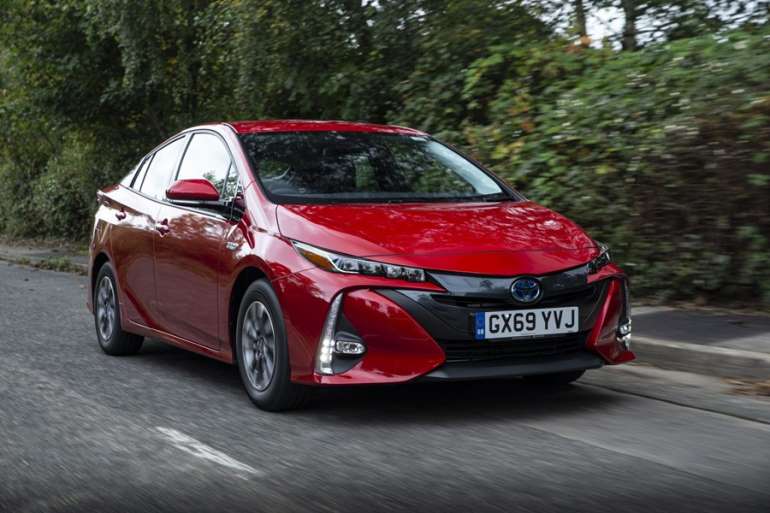 Toyota
Though it's been around a while, PHEV Prius still returns impressive numbers

Is the Toyota Prius Plug-in any good?

The Toyota Prius is the archetypal hybrid car, and its plug-in sibling aims to expand the range’s appeal by offering a meaningful amount of all-electric miles that mean drivers can cover their commute or local trips without ever resorting to the petrol engine.

The engine, meanwhile, stays in reserve for longer trips, meaning the Toyota Prius Plug-in can still cross continents without needing to stop and charge like a fully electric car would.

When the Prius Plug-in launched it didn’t have too many rivals – five years on, that’s no longer the case. To make the most of generous company car tax breaks for plug-in hybrids, there’s a smorgasbord of PHEVs to choose from in 2021, from sporty hatchbacks like the Volkswagen Golf GTE to large family SUVs like the Hyundai Santa Fe PHEV.

The Prius’ age also counts against it in a few key areas – how it drives, how it’s packaged, and some of the tech inside. Yet despite this, it remains one of the more efficient plug-in hybrid cars you can buy. So if low running costs matter to you more than anything else, the Prius Plug-in could still be in with a chance of getting your approval.

The interior of the Prius Plug-in looks pretty high tech, with its striking use of different coloured plastics and unconventional instruments. Instead of traditional gauges, you get a pair of 4.2-inch screens closer to the centre of the dashboard that deal with all your driving data.

This is an arrangement that harks back to the first Prius, and it does work quite well – the screens are clear and easy to read and you can keep a look at your speed through the corner of your eye instead of having to move your head totally. However, it does look a little basic in comparison to some of the digital dashboards we’ve seen in rival models.

Even if the gauge cluster is a bit too far to look, there’s a head-up display that projects important information directly into your eyeline. There’s also an eight-inch infotainment touchscreen, but this feels particularly slow and unresponsive, especially compared to rivals. For a long time it wasn’t even available with Apple CarPlay or Android Auto, though this has happily been remedied for the latest models.

Some might complain about the driving position. There’s plenty of adjustability in the seat, but the steering wheel despite moving for both rake and reach doesn’t have a great range of motion. Another oddity is the foot-operated parking brake, which is a real throwback in the age of electronic alternatives.

Quality is at least a strong point – while some of the plastics are rather hard and unyielding, everything is put together solidly with the quality feel you’d expect from a Toyota. It is, however, rather dark inside on most models – optionally available for Business Edition cars is a lighter trim package that really brightens things up.

The Prius Plug-in uses a 1.8-litre petrol engine, just like the standard hybrid – but it has an extra boost in power from twin electric motors. That doesn’t manifest itself in particularly sparkling performance – 0-62mph takes more than 11 seconds, but more pertinent is that the electric boost gives it strong acceleration around town, and the extra grunt makes it better than its sibling at overtaking or joining faster-moving traffic.

Compare the Prius to a more modern hybrid, though, even one of its siblings such as the RAV4 SUV, and it’s not as impressive. The continuously variable transmission (CVT) has a habit of sending the engine revs spiralling at the merest flex of your right foot, which is noisy and unpleasant. It also suffers from rubber-banding, which is the rather nasty sensation where the engine speed seems unrelated to the speed of the vehicle.

Cars such as the Skoda Octavia iV, with its six-speed dual-clutch gearbox, feel more natural to drive, while even PHEVs that retain CVTs such as the Ford Kuga PHEV have engineered out most of this dynamic weakness.

It’s not all bad – the Prius’ slippery shape and narrow tyres mean once the engine’s settled down, there’s very little wind or road noise to worry about, and the ride on the motorway is comfortable.

Thanks to standard-fit 15-inch alloy wheels (which are tiny by today’s standards) there’s plenty of tyre sidewall to absorb potholes, too. However, the soft suspension and additional weight of the batteries mean the Prius Plug-in rolls about a lot in corners and doesn’t grip particularly well.

As for driving on pure electric mode, a careful driver will be able to eke out around 30 miles of range from a full charge – the official figure is 34 miles. That’s not bad at all, and plenty for a commute. Top speed in EV mode is 84mph, and engine noise obviously disappears improving refinement further.

Charging up will take around four hours from a three-pin socket, or 2.5 from a domestic wallbox.

How much space is there?

Space in the passenger cabin is good – there’s a reason Uber taxi drivers love the Prius so much, and you’ll find space for four six-foot adults in a relatively compact space. You can find more room in a PHEV, but the Prius cabin is well judged, with good legroom in the back if slightly limited headroom.

Storage space is an issue, though. The boot is officially only 191 litres in capacity – there are convertibles on the market with more space than that. That’s due to the very high floor, as Toyota’s placed the larger battery pack under there.  It makes the boot extremely shallow under the parcel shelf, though if you don’t mind reducing the already-rubbish rear visibility you could potentially load up higher.

It is useful, though, that there’s a dedicated underfloor storage area for the charging cables, which keeps things tidy.

Fold the back seats down and you’ll see the space increase to 1,204 litres, which is better but still less than even a supermini can muster. Certainly, the Hyundai Ioniq PHEV or Skoda Octavia iV provide much more space in the boot.

It’s easy to pick a Prius Plug-in – there are only two trim levels and a minimal options list, and of course both have an identical powertrain.

The entry-level model is known as the Business Edition and comes well-enough equipped that most should be satisfied. Keyless go, a wireless phone charger, touchscreen infotainment with Apple CarPlay and Android Auto, a reversing camera, blind-spot monitor, heated front seats and head-up display is an excellent standard equipment list.

Stepping up to Excel grade gives you all-round parking sensors, a 10-speaker JBL sound system, navigation for the infotainment, automatic parking assist and, perhaps crucially if you’re looking to use the Prius Plug-in as a taxi, leather upholstery that’s more hardwearing and wipe-clean than fabric.

How much does it cost to run?

As with any plug-in hybrid, charging habits and journey type are key. The Prius Plug-in will respond best to a majority of short journeys with a fully-charged battery. Plug in at home and get used to setting off well-charged and you might find your own fuel economy figures approach the official 217mpg that the Prius Plug-in achieved during WLTP testing.

Do the opposite, however – long trips with a flat battery – and you may as well be in the standard Prius Hybrid, which has the advantage of not needing to lug around a heavy battery pack in the boot. Fuel economy will tumble, though the Prius Plug-in does still operate as a self-charging hybrid when the battery’s flat.

No matter how you drive the Prius Plug-in, you’ll benefit from its low official CO2 figures of just 28g/km. That means a low first year VED bill and super-low company car tax.

Other running costs should be minimal. Toyota’s reliability record is excellent, and the firm recently introduced a warranty policy that offers up to 10 years of cover if serviced at Toyota garages. That’s the longest warranty in the business and shows serious confidence in both the brand’s cars and its service centres.

Should you buy a Toyota Prius Plug-in?

There are more modern plug-in hybrids, there are more practical ones, and there are certainly better ones to drive – the Prius Plug-in has been around for quite a while and in several key areas it’s been surpassed by its competition.

For company car users, cars like the Skoda Octavia iV or BMW 330e aren’t as fuel efficient but are far better to drive and more spacious. As an alternative, several fully-electric models can be had for a similar price to the Prius Plug-in – such as the Skoda Enyaq iV or Kia e-Niro.

In isolation, though, the Prius Plug-in’s low running costs and strong reliability record could still be enough to sway some into going for it.