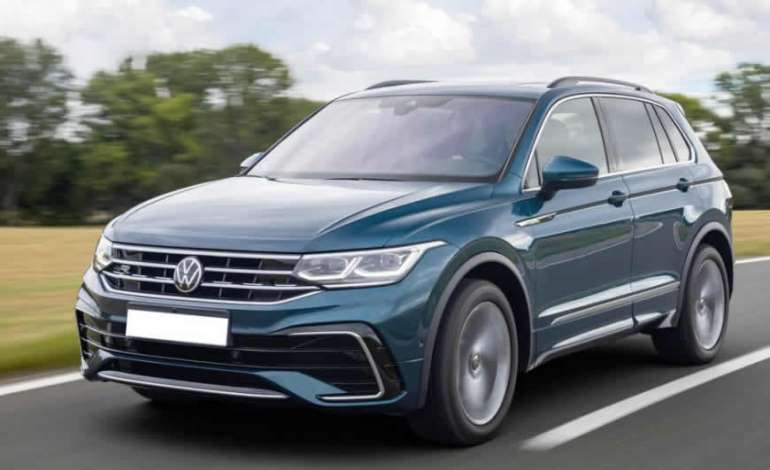 The Volkswagen Tiguan has an upmarket, spacious and practical interior, plus great engines and comfortable drive. It’s now been updated for 2020.

Is the Volkswagen Tiguan a good car?

Remember the Volkswagen Tiguan ad, with the ‘cool’ dad dropping his kid off at school? Well, the new VW Tiguan is even cooler, and it’s on sale now, priced from around £500 less than the outgoing car.

The cheapest VW Tiguan you can buy is the 130hp 1.5-litre petrol model with front-wheel drive and a six-speed manual gearbox. It costs from £24,915 and is only available in one trim level – the imaginatively named ‘Tiguan’ trim.

Next-up is the Tiguan Life model. This comes with a 130hp or 150hp version of the 1.5-litre petrol engine and has the option of a seven-speed automatic gearbox. You can also get a 150hp 2.0-litre diesel engine, which gets this automatic gearbox as standard. 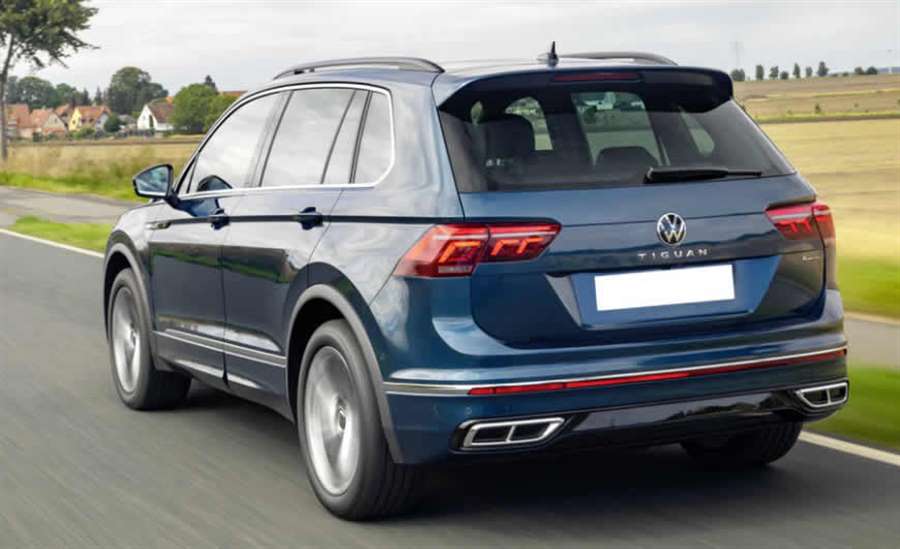 Whichever engine you pick, you get 18-inch alloy wheels, tinted rear windows, three-zone climate control and lumbar adjustment for the front seats as standard, along with front and rear parking sensors, adaptive cruise control and traffic-sign recognition. These cars cost from £26,915 for a 130hp 1.5-litre petrol engine with a manual gearbox.

R-Line versions get a sporty bodykit, 20-inch alloy wheels, lowered suspension and automatic LED headlights. Inside, you get the same mood lighting and digital driver’s display as Elegance versions, but the more supportive sports seats are exclusive to R-Line cars. These cars cost from £32,730 for versions fitted with a 1.5-litre 150hp petrol engine and an automatic gearbox.

You can get both Elegance and R-Line models with a 150hp petrol, 150hp diesel or 200hp diesel engine – all of which get a seven-speed automatic gearbox as standard. The 200hp diesel-powered models come with four-wheel drive as standard, and you can pay extra to have this fitted to 150hp diesel models, too.

The previous Volkswagen Tiguan was, and still is, a big seller, so it’s no wonder VW has barely changed the exterior look for the new 2021 model. That said, the new car’s bonnet is higher and the grille has been made wider to make this Tiguan resemble the larger, more expensive Volkswagen Touareg.

High-spec cars also come with a set of new, brighter, matrix LED headlights, which can automatically adjust their beams to avoid dazzling other drivers. As an added bonus, they should never wear out or need replacing.

The bumpers at the front and rear have also been altered with some redesigned air intakes and new black plastic trim, but the new car looks almost identical to today’s Tiguan from the side – even down to the chrome strip above the side skirts and the silver badge under the wing mirror.

The Volkswagen Tiguan is hugely popular for good reason. These updates should only help to cement that.
Mat Watson, carwow expert

Volkswagen has also announced it’ll build a high-performance Tiguan R for the first time. The Tiguan R is easy to spot thanks to its pumped-up body kit and 21-inch alloy wheels. It also has a 2.0-litre 320hp turbocharged petrol engine, bigger brakes than a normal Tiguan and four tailpipes for the exhaust.

While the Tiguan R offers high-speed thrills, the new Tiguan e-hybrid is all about efficiency. It’s a plug-in hybrid (PHEV) that can drive for around 30 miles on electricity alone – enough for most morning commutes. You can drive at up to around 80mph using just the electric motor, though that will run down the batteries pretty quickly.

You can also use the engine to charge the battery while you’re driving, or drive without using the batteries and electric motor at all – so you can save their charge for later when you’re in town or stuck in traffic. It’s best to charge up using a plug, of course, which you can do overnight. 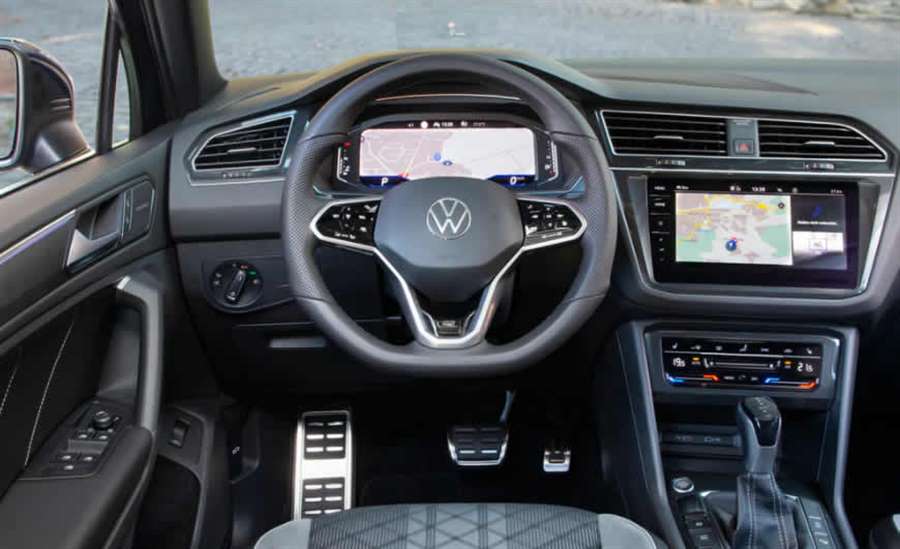 Fuel economy figures haven’t been announced but it’ll likely be a strong performer: expect official figures in the hundreds, though you will only get near that on short journeys and with regular plugging-in. The Tiguan’s total power output is 245hp so it should be pretty quick as well as efficient.

One of the biggest differences between the old and the new cars’ interiors are the climate controls. These now have touch-sensitive sliders, rather than physical buttons, that you swipe left and right to control the fan speed and temperature. There’s also a new, but optional, 10-speaker, 480 watt Harman Kardon stereo system.

The latest Tiguan comes with MIB3 – not a reference to a Men In Black sequel, but VW’s latest infotainment software that the Tiguan shares with the new Golf. Depending on the specific model you choose, this MIB3 system includes a range of internet services including map updates, internet radio and Apple Music.

It also has voice control that’s supposed to understand ordinary speech. However, that system had flaws when we tested it in the latest VW Golf.

The new Volkswagen Tiguan comes with a range of upgraded automated driving systems, including an advanced cruise control that can steer, brake and accelerate for you. VW says that to do this the driver must keep their hands on the steering wheel at all times, and it has fitted sensors and alarms that’ll warn you if you don’t.

We haven’t yet driven the Volkswagen Tiguan, but will post our opinions as soon as we do.