2022 Volkswagen Taos First Drive: Exactly as Good as It Needs to Be 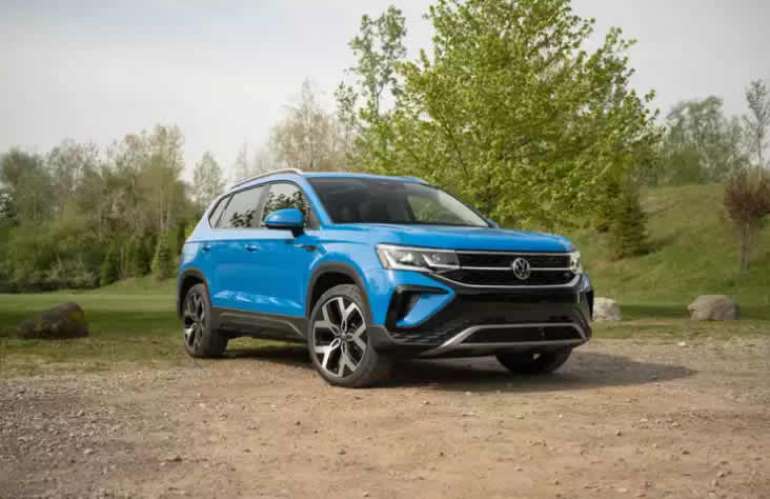 It’s a good thing you like SUVs, America, because the march of replacing passenger cars with compact crossovers continues without delay. The latest automaker to do it: Volkswagen. This is the new 2022 Taos, which will replace the Golf hatchback in VW’s lineup when it arrives in June (the GTI and Golf R will remain, however). Typically with these swaps — Ford Escape for Ford Fusion and Focus, Chevrolet Trailblazer instead of Cruze — the incoming SUVs are more expensive than the outgoing car. Not so with the new Taos with its starting price of $24,190 (all prices include destination), which is exactly the starting price for the outgoing 2021 Golf. The thought here is that VW is offering up the extra space, extra cargo, higher seating position and boosted utility of the Taos without a price penalty. 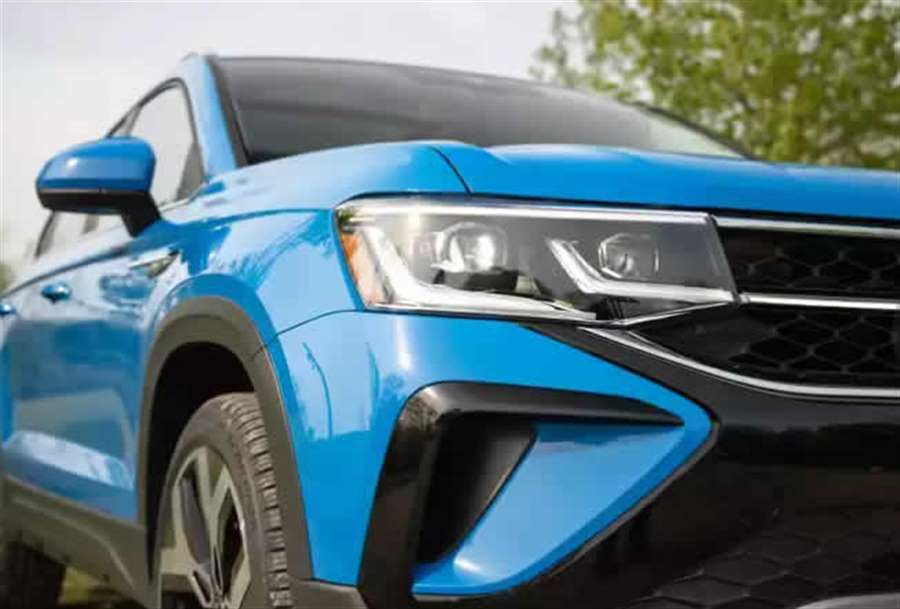 Is it enough to make us forget the demise of one of our favorite compact cars? We went to Chelsea, Mich., to drive the new Taos and see if VW’s new strategy will keep our interest in its crossover-heavy showroom.

There’s nothing distinctive nor distracting about the Taos’ styling. It’s a nondescript crossover shape, same as most everything else out there. It does have a more formal SUV-like roofline, however, providing a boost to cargo space and headroom inside even with the optional panoramic moonroof installed. There are some surprising details, such as standard LED headlights and taillights, some nice bodyside trim with the Taos name embedded in it and VW’s new lettering style on the tailgate. Wheel sizes depend on which of the three trim levels (S, SE or SEL) you choose and whether you select front- or all-wheel-drive. Seventeen-inch wheels come on the S, 18-inchers on the SE and you can get 19-inch wheels only on the AWD SEL trim. The overall look is modern, clean and understated, but paint it in the optional Cornflower Blue pigment and the Taos really pops out on the street.

Powering all versions of the Taos is a turbocharged 1.5-liter four-cylinder engine making 158 horsepower and 184 pounds-feet of torque. Front-wheel drive is standard and comes with an eight-speed conventional automatic transmission, while all-wheel drive is optional and comes with a seven-speed dual-clutch automatic. That might not sound like much grunt, but it’s extremely well tuned to the Taos, and always provided peppy acceleration and plenty of oomph whenever called on. I drove both the FWD and AWD versions, and neither felt underpowered or sluggish in the slightest. The FWD version did feel a bit lighter on its feet, but that’s to be expected given its 255-pound weight advantage over the AWD model. 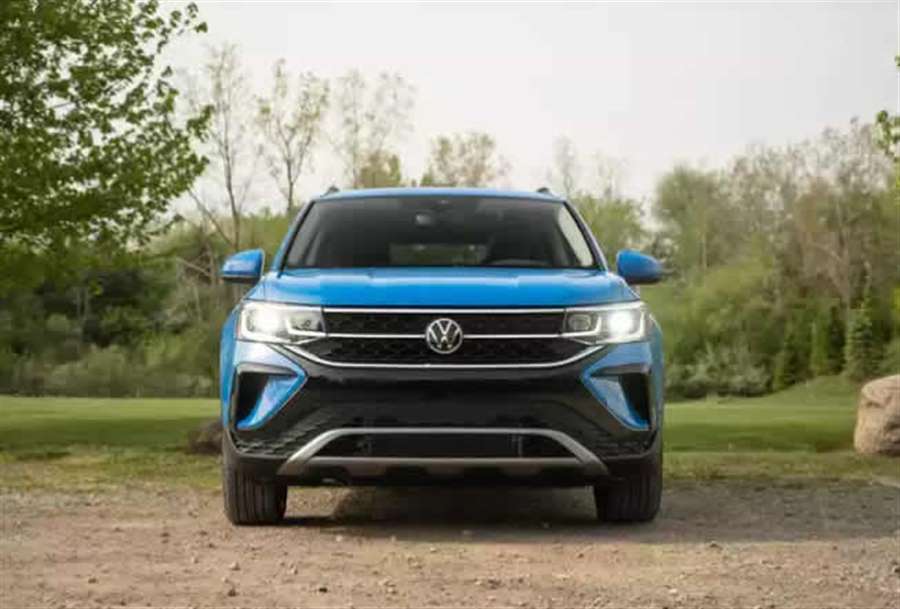 The Taos easily feels quicker than competitors like the Chevy Trailblazer or Subaru Crosstrek despite not really making much more power than either of their upper trims with optional engines. The Trailblazer’s base engine is a tiny turbocharged 1.2-liter three-cylinder engine making 137 hp and 162 pounds-feet of torque mated to a continuously variable transmission; you have to opt for higher trim levels to get the more powerful 155 hp and 174-pounds-feet of the turbo 1.3-liter three-cylinder. The Crosstrek comes with a 152-hp, 2.0-liter four-cylinder engine that makes a paltry 145 pounds-feet of torque, but higher trims get a 182-hp 2.5-liter engine with 176-pounds-feet — plus, all Crosstreks have standard all-wheel drive, which is optional on the Taos. If you want something high-zoot, the Kia Seltos is the one to look at: While it starts with an unremarkable 146-hp, 2.0-liter four-cylinder with 132-pounds-feet of torque, its optional engine is a zippy turbo 1.6-liter that makes 175 hp and 195 pounds-feet.

Stacked up against other competitors’ base engines, the Taos does them one better — compared against optional engines, the Taos is competitive. It’s even surprisingly efficient, as during my limited test drive that involved considerable spirited driving, it still returned better than 30 mpg, according to the onboard computer. 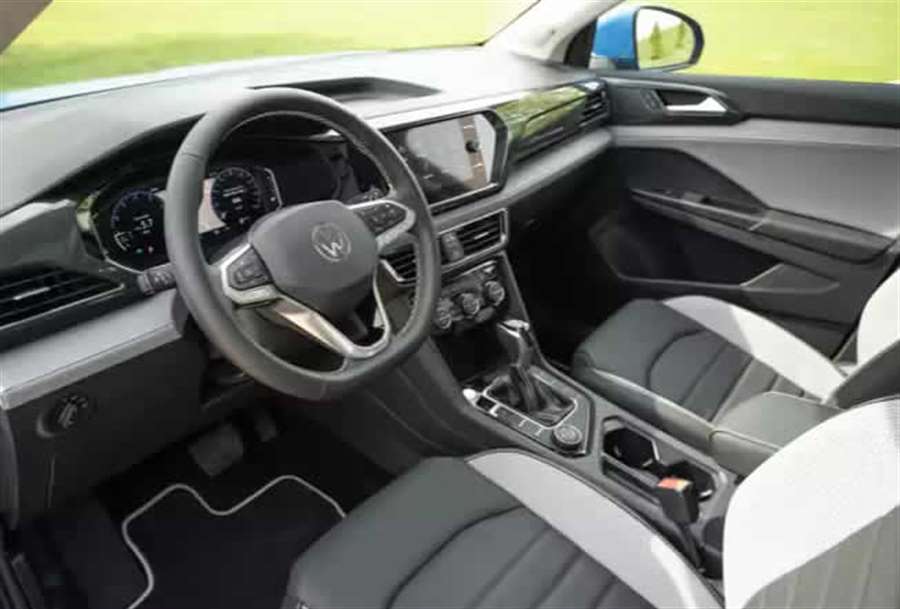 Both FWD and AWD models exhibit neutral ride and handling characteristics. There’s nothing athletic about the Taos, but then there’s very few people who’ll expect one to be. The steering is feather-light and offers very little feel or feedback, but the steering ratio is super-quick and the turning radius is tight, making for quick directional changes with minimal input on the tiller. It also enables the little Taos to make U-turns in an extraordinarily small space, a boon for urban maneuvering. It feels very different from the Golf it replaces, but it should — it’s taller, larger and heavier. What it doesn’t have are the tighter, more buttoned-down European road dynamics that were seemingly baked into every Golf hatchback.

Out on the street, the Taos’ ride is comfortable regardless of 18- or 19-inch wheel options. It’s well damped, quiet and while it does exhibit a noticeable amount of body roll in corners, it’s never uncomfortable or tippy-feeling. It does feel like you sit taller in a Taos than in a competitor like the Crosstrek or Trailblazer, but it’s part of the appeal of a crossover, I suppose. You’ll never mistake it for a tall wagon; unlike some competitors in the class, it does indeed feel more like an SUV than a passenger car. 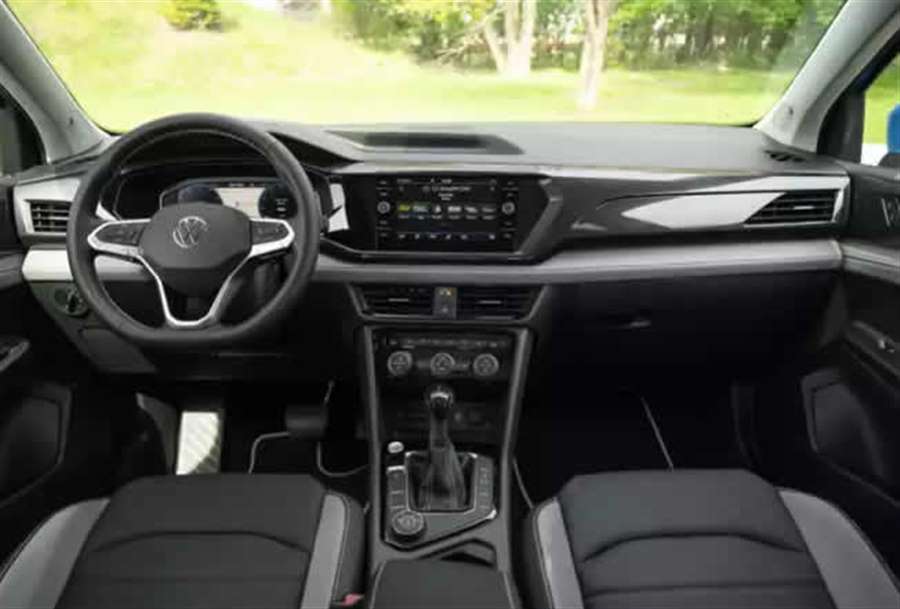 The interior of the Taos is familiar to anyone who’s been in a VW recently. The polygonal styling, the touch-sensitive multimedia system, the buttons and knobs for the climate controls, they’re all right out of the old Tiguan, Passat, Atlas and other models, which is fine — it all works well, is easy to identify at a glance and still maintains things like a volume knob for the audio system. The touch-sensitive steering wheel and climate control system coming for the new Tiguan aren’t here yet, which could be another reason the Taos might be more popular than VW’s upcoming new, slightly larger crossover. New items in here include a standard digital gauge cluster (an 8-inch unit on lesser trims, a reconfigurable 10.25-inch one on the SEL), Volkswagen’s Car-Net connectivity suite with Wi-Fi capability, and heated seats, side mirrors and washer nozzles on the base S AWD model.

The interior is comfortable and surprisingly spacious, especially in the backseat. The front seats have a variety of materials, depending on which trim you select, but all of them feel like an upgrade over the past vinyl transgressions of VW interior designers. The same cannot be said for material quality in other areas, such as the dashboard itself, which features a large swath of shiny plastic that feels and looks cheap, especially when compared with the high-quality materials seen in vehicles like the Seltos. The SEL trim I drove had faux-leather upholstery on the dash and doors, and it does help things, but it doesn’t carry into the backseat, which features plain plastic door skins. It’s not a deal killer and certainly isn’t worse than most other vehicles in its class, but I wouldn’t call it best-in-class materials. 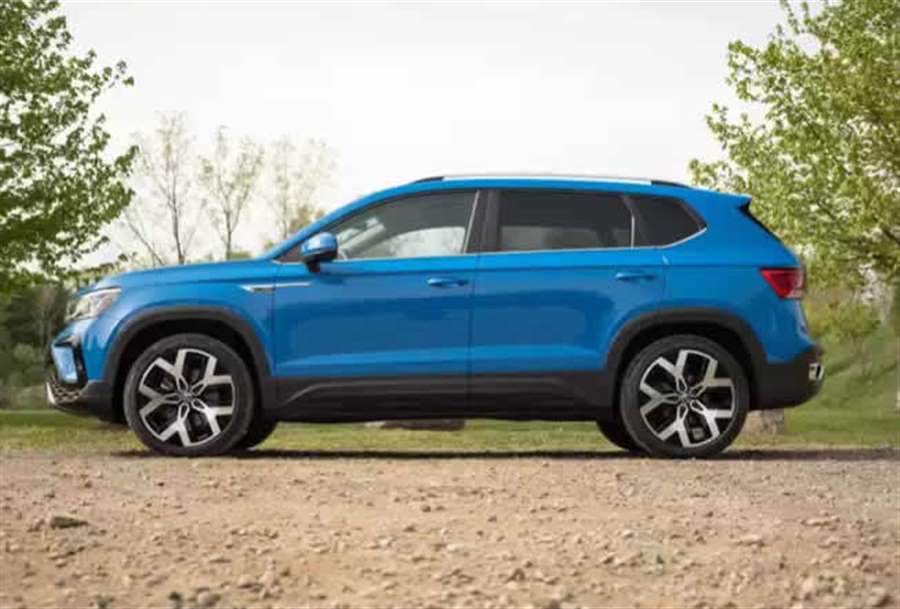 But just as in other VW vehicles like the big daddy Atlas, the sketchy materials quality becomes rather less significant when you realize that the Taos offers extraordinary space. I could sit in the backseat after adjusting the front seats to my normal driving position, and my nearly 6-foot-tall frame didn’t see my knees touch the seatbacks — something you can’t say about a Ford Escape or Jeep Compass.

There’s so much usable space in the second row and cargo area that I do wonder if the Taos doesn’t become more popular than the larger, slightly more expensive Tiguan; having seen them both in person, it’s obvious to me that VW wants to reposition the Tiguan as a more premium, more luxurious option in the class, leaving the Taos to take up the mantle of volume and price-leading family mover. 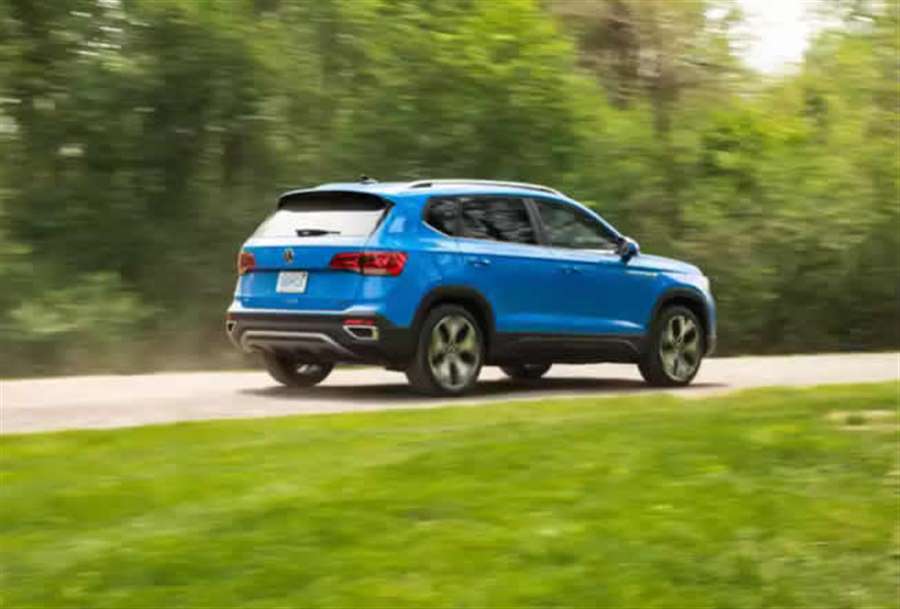 Priced to Bring ‘Em In

The starting price for a new Taos is $24,190, exactly the price of an outgoing Golf. For that money, you get an S FWD trim with standard LED lights front and back, black mirrors and roof rails, a 6.5-inch multimedia system, the 8-inch digital gauge cluster and more (our full pricing breakdown can be seen here). The mid-level trim is the SE, which brings faux leather and cloth seats, more amenities, and larger wheels and tires, while the top of the line is the SEL, which comes extremely well equipped. A fully loaded SEL AWD with optional panoramic moonroof will top out at $35,440, a considerable sum for a compact SUV but competitive with other models in the category — although at those upper reaches of the price spectrum, VW would truly prefer to show you a new Tiguan SEL R-Line, with its racier styling, bigger wheels and more premium cabin.

So, is this a suitable replacement for the Golf in the VW showroom? Well, not if you’re intent on finding something that’s still tight and entertaining while still being a capable commuter. But given Golf sales versus Tiguan sales over the past decade, it looks like those buyers are increasingly uncommon. The new Taos definitely has a more “American-style compact crossover” feel to it than a “tight European hatchback” feel, but that’s what sells these days, and the new Taos meets all the requirements to be a success in this segment. Priced right, loaded with equipment, efficient, more spacious than expected, and providing that high seating position and AWD capability that buyers are craving, the new 2022 Taos has the potential to be more popular here than the Golf ever was.